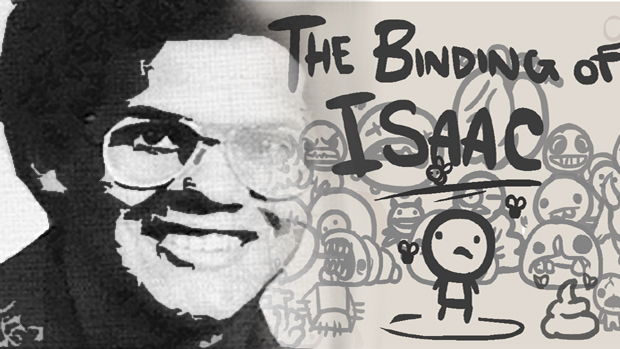 [Update: We added some samples from the magazine in the gallery, including a look at both sides of that double-sided Splatoon poster, featuring some original art by Anita Sarkeesian Thor Thorvaldson. It’s really good!]

The Binding of Isaac: Rebirth is coming to the New 3DS and the Wii U this summer, but there was a time when it looked like that may never happen. Nintendo didn’t want the game on the eShop, and I wasn’t happy about it. Though some folks today seem to think that it’s critics like Anita Sarkeesian that might “take their games away”, the only entities that really have that power are retailers and console developers.

Blocking a game from sale, either because of an AO rating or some other reason, is the most effective way to try to censor a game developer. When it’s a chain store like Target taking an older game like GTA V off the shelf, it’s less of a big deal, but when a console holder like Nintendo blocks the one and only path a game has towards being produced on a console because reasons, then we have a situation that looks a lot more like censorship.

It turns out that Nintendo of America Reggie Fils Aime might agree with me. According to an exclusive interview I conducted for the latest issue of Nintendo Force with Isaac‘s creator Edmund McMillen, Reggie “backed” the Isaac for 3DS way back in 2012, though it was former Nintendo indie guy Dan Adelman really pushing for the game to make it to the handheld.

We talked more about that, Edmund’s feelings on if Isaac is appropriate for children, our chances of ever seeing Super Meat Boy on a Nintendo console, his Newgrounds days, plans for a new game, and a lot more. It’s essential reading for any fan of Isaac or any of Edmund’s many other games. It also comes with a double sided Splatoon poster, which is pretty neat. You can pick up the issue here, or a year’s subscription to Nintendo Force here.