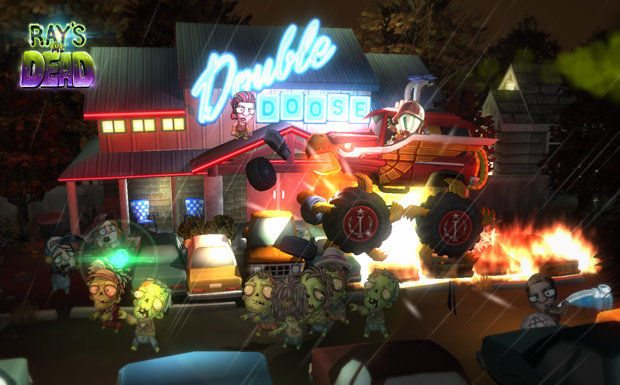 Is that the Tall Man from Phantasm?

I liked Overlord, I loved Pikmin, and I’ll probably dig Ray’s the Dead.

You might remember the game from its successful Steam Greenlight campaign, its showing at Sony’s E3 2013 press conference, or that canceled Kickstarter. Ragtag Studio is back with another crowdfunding campaign, one with a significantly lower funding goal. “We ended our first campaign early for a variety of reasons, most notably, that we thought we could do things better.”

It’s looking better than ever, and in the time since the last Kickstarter attempt, work that was going to be contracted out has been handled in-studio. The team also over-estimated the cost of licenses for current-gen game development, lowering the budget further. As such, Ray’s the Dead only needs $30,000 this time — and it’s nearly there with 30 days to go.

After hearing the song in the trailer, I had to look up who was responsible. Why, it’s Jake Kaufman, of course! Good stuff as usual. Ray’s will be out next year on Windows, Mac, Linux, and PS4.