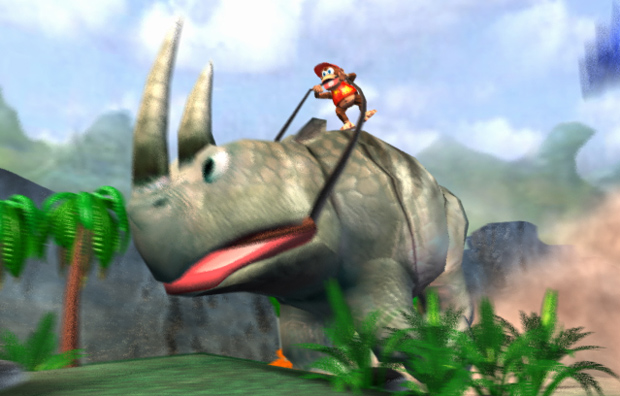 And its strange journey to Xbox

Announced at E3 2001, Donkey Kong Racing was going to be Rare’s sequel to Diddy Kong Racing for the GameCube. I distinctly remember seeing images of it in magazines at the time, thinking it was a true score for the console, and there was even a full-fledged trailer. Unfortunately, Microsoft acquired the studio and the game was never finished. Lead designer Lee Musgrave has spoken with Nintendo Life about the canceled title and what it could have been.

“You would move between different-sized animals; bigger animals could smash through obstacles, while smaller ones were much more maneuverable,” he told the outlet.

Under Microsoft, Rare created a new prototype for Xbox that became more of an adventure similar to the original Diddy Kong Racing‘s setup. “Over the course of the next 18 months or so, it went from being a track-based animal racer to a more open-world game with Tamagotchi-style features, in which nurturing your animal became a key mechanic.” I so would’ve played this.

According to Musgrave, the project eventually turned into “a cute version of Grand Theft Auto set in Africa.” You might know it as Sabreman Stampede, which Rare moved from Xbox to Xbox 360 and also canceled. “It was such a wide game in terms of content, and the development went off into the woods a little bit,” he explained. “It took a long time to do, and at the same time we were trying to build engines for consoles we weren’t familiar with.”