Hardware redesigns are increasingly common in our industry. Consoles, handhelds, you name it — there are plenty of variations on this generation’s systems. Nintendo is no stranger to this, with a solid four versions of their last handheld. While the original Nintendo DS featured some meaningful changes between its Lite and DSi redesigns, the changes in the upcoming 3DS XL are not nearly as substantial.

That being said, there are some bells and whistles that make this version ultimately superior to its predecessor. If you have the extra cash to spare and are still in the market for a 3DS, this is definitely the version you want to go with. If you already own a 3DS, however, it’s best to keep your excitement in check and your money in the bank. Still, there’s no denying the incremental upgrades to the new hardware come together to offer a better-feeling, better-functioning device. 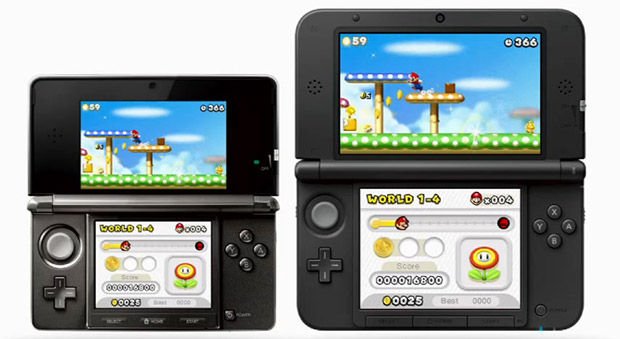 As the name implies, the 3DS XL is indeed much larger than the original — 90% larger, to be precise. Now if you were to guess that this is purely a cosmetic change, you’d be right, mostly. Since the hardware is still running at the same resolution as the original 3DS, games will not look as pretty stretched out over a larger screen, in theory. In practice, I was hard pressed to find any noticeable loss in visual fidelity when playing on the new hardware. Playing both DS and 3DS games, I found nothing really to be desired from the visuals. At least, nothing that the regular 3DS could boast over the 3DS XL.

If you are the really picky type, there is a nice little option that allows you to have DS games run in their original aspect ratio. I had the chance to try this feature out with Pokemon White 2, and while the colors do seem a tad bit sharper when running at its original size, it simply felt like a waste letting the rest of the screen go unused. The only issue I had with the larger screen was that it seemed more difficult to get a proper viewing angle for the 3D effects. All in all though, I love the new size, and as 3DS owner who primarily plays his system at home, it is definitely the biggest draw.

Push me, ’till I can get my, satisfaction…

The buttons on the XL model have also undergone a redesign of their own. The A-B-Y-X button layout is the same, but each of them are raised a bit and have a more of a click, translating to a more tactile feel to each of them. The same is true of the L and R triggers, but the biggest change is in the bottom three buttons. The Home, Select, and Start buttons have replaced the soft touch pad of the original model in favor of actual buttons. Like the marginal improvements to the other buttons, the changes here are nothing to write home about, but the feel is noticeably better.

The 3D slider has also received a makeover. Great as the 3D of many games are, there are plenty of times when players find themselves wanting to play in standard 2D. As any 3DS owner can attest to, this can prove needlessly frustrating, as the slightest nudge of the slider will turn the 3D effects back on. This go around, the slider snaps into a sturdy off position, ensuring the 3D effects will stay off until you want them back. 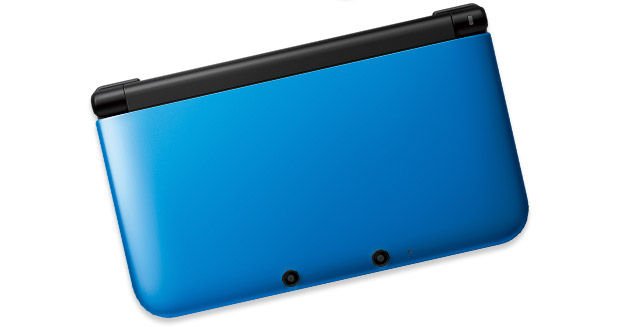 The last change worth mentioning is the extra viewing angle the top screen can snap into. Previously, the 3DS would snap into one of two positions, flat out or angled further back. The 3DS XL, however, can snap into a perfect 90-degree angle, laptop style. That addition comes as no startling reveal, but trust me when I say that it simply feels much better in practice; ideal for watching Netflix or adjusting your viewing angle for a better look at the 3D.

Ultimately, the larger screen size is the single biggest draw to choosing a 3DS XL over the original. That being said, the lesser tweaks to the hardware should not be dismissed or scoffed at. Sure, they are marginal on their own, but when combined with one another, and especially when compared to what was on offer previously, it is honestly remarkable how much better the XL feels.

Don’t break the bank to upgrade, but those who have yet to adopt a 3DS will be given plenty of justification to shell out an extra $30.