Excited about the Nintendo 3DS eShop, I went to my local GameStop and picked up two Nintendo Points cards, each valued at 2000 Points a piece. Valued at roughly $40 American dollars, I started compiling in my head a list of DSiWare and eShop games I’d be purchasing for my handheld.

While this may be obvious to some (you’ve already prepared the “you’re an idiot” comments, I can imagine), it threw me for quite a loop. And now I’m sitting on $20 worth of Wii Points that I really have no intention of using. (Note: I gave away the other $20 on Twitter last night.)

But I suppose that I should have known, right? All of the signs that currency used on Nintendo’s Wii and DSi online shops wouldn’t work on the company’s new handheld… right? Not quite, and if I didn’t think others would accidentally purchase the wrong pre-paid points cards, I wouldn’t have bothered writing this.

To Nintendo’s credit, the Nintendo Points cards do explicitly state on them that they’re for the “Wii Shop Channel” and the “Nintendo DSi Shop.” There is no mention of the Nintendo eShop, which apparently has its own unique cards that Nintendo tells me are available at retailers like Best Buy and GameStop. But was it that big of a leap in logic for me as a consumer to think that the points would carry over between Nintendo’s services?

Apparently the answer is “yes.” 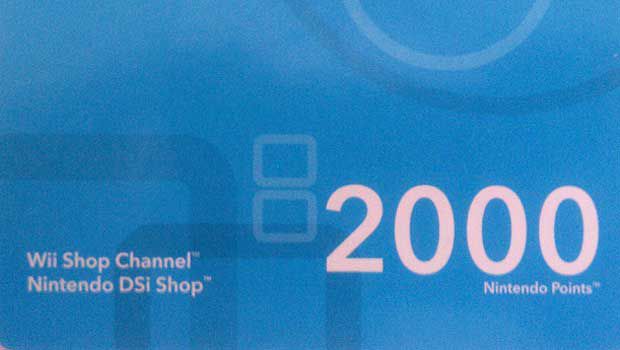 While Nintendo’s Wii Shop Channel and DSi Shop used the same points systems across two platforms, Nintendo has opted to go a different route with the eShop.

“We thought a cash-based system would be more logical for users,” a Nintendo representative told me today.

Unlike Microsoft’s seemingly arbitrary “points” system for Xbox Live, Nintendo’s points were relatively straight forward to convert to a known currency. 100 Points are equivalent to one U.S. dollar; my 2000 point cards cost me $20 a piece. Seeing a game on Nintendo’s shop running for 1000 Nintendo Points, you’d be able to easily determine you’re spending $10. By switching over to the new cash-based system — one which is subject to tax where applicable — Nintendo has made the shops and funds incompatible.

Apparently, it appears, simply converting my 2000 points to an even $20 (what I paid) in my eShop wallet would have been too confusing. Or something. 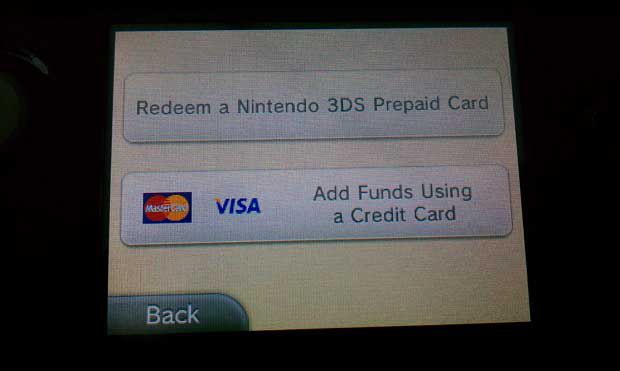 The good news, however, is that owners of the DSi system can easily and relatively painlessly transfer their purchases to their new 3DS. The process involves downloading a software from the DSi Shop which does most of the work for you. Apparently, I’m told, there are Pikmin involved. Nintendo says that “almost all games” downloaded to your DSi can be transferred to your 3DS.

But those Nintendo Points you have sitting in your account? You’re spending them there or you’re going to lose ’em.

“Points cannot be moved to the Nintendo eShop or converted into cash,” the rep explained.

Nintendo also points out that it has added the ability to purchased funds for the eShop using a credit card, something I could have done from the start. But I had some GameStop credit burning a hole in my pocket… and now I’ve got some extra Nintendo Points lying around. Anyone got any WiiWare recommendations?