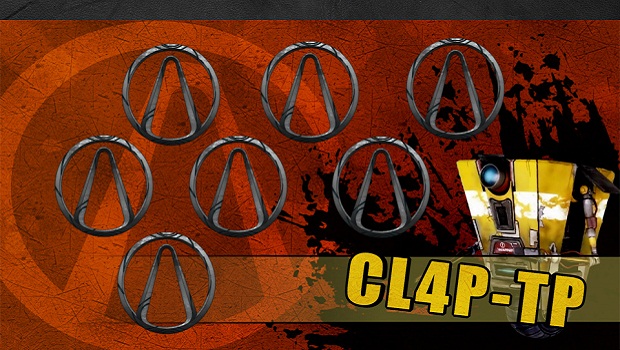 [For his entry into our Gaige dibs blog SephirothX went a different direction: a decidedly more Claptrap direction. I guess this just goes to show that you don’t have to follow the rules to win. –Spencer Hayes.]

While everybody else has been calling dibs on their Grey Fox knock-offs, bright haired talking mammary glands, boring turret whores, and disproportionate steroid midgets, I had the perfect chance to call dibs on the undisputed best character in all of Borderlands 2.

I call dibs on Claptrap, suck it.

He has the best lines in the game

By default, I am now the funniest character in the game because I have the best lines. Pinsof even said so in his review. Claptrap is the comedic glue that holds everything together, he’s the Agent Coulson to Borderlands’ Avengers. Without me you’re all a bunch of silly cartoon characters stealing other peoples sweet guns, with me you guys have some form of motivation.

Everybody looks forward to being with me

Because I am the best character around, that means everyone looks forward to being with me. What’s better than being the guy everybody wants to hang out with? Nothing, that’s what! Everybody loves me so much that they throw a birthday party for me within the game itself. No other character gets a birthday thrown for them!

Since I’m playing as Claptrap, that means the game automatically plays as Claptrap for me. It’s like Mass Effect 3’s story mode, except not as stupid. This means that while the rest of you get your greasy meat hands all over your controller I’m saving my energy for more awesome things like drinking beer and eating sandwiches. Did you not catch that?! Beer without interrupting Borderlands. This automatically kicks up Claptrap’s gameplay value tremendously, because beer!

Claptrap doesn’t accompany you all of the time, which means that Borderlands 2 developers were kind enough to include built in break-times into the game for all Claptrap players (because hey, all that beer has to come out again sometime). The rest of you people who get your hand-sweat onto your controllers thanks to your slimy meat-hooks have to actually pause your game in order to take a break, which stops the game for anyone else playing too. That is automatically terrible, and lofts Claptrap even further beyond the other characters in terms of overall value. Being able to take a break from Borderlands but not have the game stop progressing is an amazing innovation that only a Claptrap player can truly understand.

Nobody f*cks with The Trap

You know all of those wanted posters you see for the other Borderlands 2 characters, those ones that have stupidly high rewards on them for each person? You’ll probably notice that Claptrap doesn’t have one of those for him, at least that we know off. There’s a good reason for this – because nobody fucks with Claptrap. Remember that “New Robot Revolution” DLC for the first game that had Interplanetary Ninja Assassin trying to destroy humanity? Yeah, the reason there’s no price tag on Claptrap’s head is because everybody knows there isn’t a single human alive dumb enough to actually go after it.