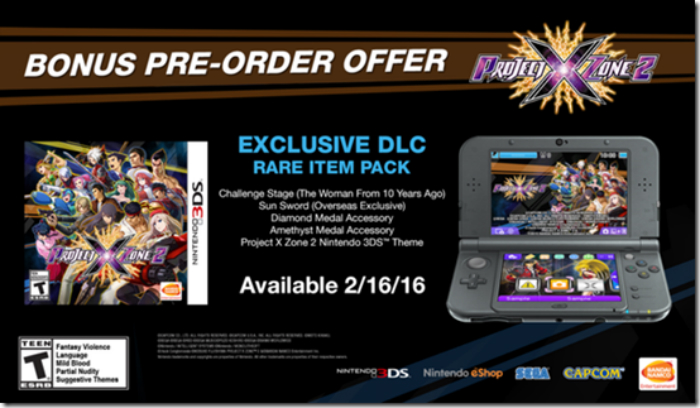 Pre-order bonuses, as a rule, are pretty scummy. I get that publishers really need that cash now, but providing in-game incentives, some of which are not sold later (or, even crazier, just included in the game — weird, I know), is not good.

It’s hard to get hopping mad about this Project X Zone 2 content though. For pre-ordering, you’ll get a challenge stage, a Sun Sword item, a 3DS theme, and two in-game accessories. Starter items are usually eclipsed after a few hours, and considering the sheer amount of content this sequel promises, I’m not sweating one stage.