Your mileage will vary

Based on the reception to Project X Zone 2, it’s clear to see that it’s a “hate it or love it” affair. Fans seemed to really take to the idea of playing as a cavalcade of heroes from some of their favorite franchises, but others decried the overly simplistic, grindy nature of the game.

They’re both right. But often times it’s the simple pleasures in life that put a smile on my face, like the act of calling out Captain Commando to help Dante and Vergil blast B.B. Hood into oblivion. 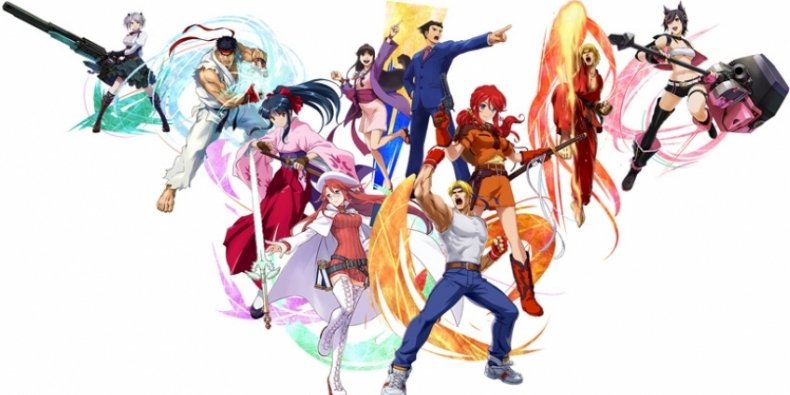 To be clear, Project X Zone 2, so far, seems to be more of the same. Although Bandai Namco has promised advancements when it comes to the combat system, it’s still very simplistic, and more style than substance. That’s not to say that there’s no strategic depth involved in general though, as the decision to employ defensive options at the cost of SP is alive and well, in addition to the general placement of your characters in each mission’s grid. It just isn’t nearly as nuanced as a lot of other SPRGs on the market.

During my hands-on time with the game I was able to play a full level, which followed the mundane task of “killing all enemies,” an objective typically found in the first iteration. Having completed the original it was an all-too familiar sight, albeit with the typical rush of playing as some of my favorite video game characters. During the demo I had access to Dante/Vergil, Chun-Li/Ling Xiaoyu, Strider Hiryu/Hotsuma, Kazuma Kiryu/Goro Majima teams, as well as the solo units of Captain Commando, Phoenix Wright, and and Ulala.

As expected, the flair didn’t disappoint. Dante/Vergil were a joy to play as, and the ninja team of Strider/Hotsuma (Shinobi) was just perfect. Seeing Captain Commando was also a treat, as he doesn’t get nearly enough respect these days. Every single character is represented well, even the ones that can merely be called in by core units. It may be fanservice, but developer Monolith Soft is handling it in stride.

Series producer Kensuke Tsukanaka was on-hand to talk about the game, and noted that in particular, they want people to know that this is a character-focused game, so the opening animation will not only feature every playable hero, but will clock in at just over two minutes in length. Tsukanaka went on to state, “We’re aiming to look for new fans with an even bigger cast. We want people to see a new character and ask ‘what game is this from?’ We want them to become even more involved with the industry as a whole.”

The team is also stepping up the original animation with the sequel, as there will be more artwork than before both in and out of combat. I noticed this particularly during my demo session, as supers and abilities had a bit more visual flair than usual. When asked how this collaboration was even possible, Tsukanaka replied that “all of us have a mutual respect for each other. We’ve also collaborated for years with one another, so it wasn’t too much of a stretch to create this project. The rivalry still exists, but it’s a friendly one.”

Project X Zone 2 is still set for a November launch in Japan, and a February 16 date for the US was just announced.