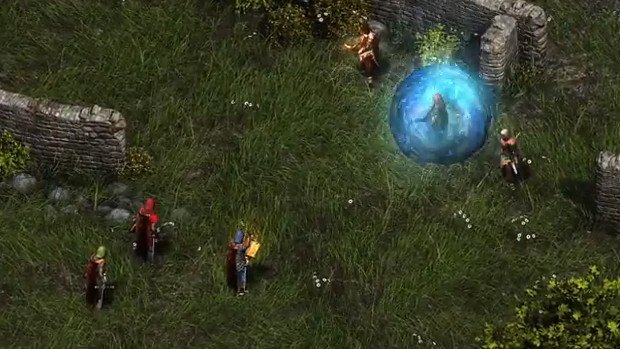 Project Eternity, Obsidian’s old-school PC role-playing game that was Kickstarted last year, is now called Pillars of Eternity. Along with getting an actual name, Obsidian released the first gameplay trailer, and opened up a new backer’s portal. This portal lets you join the other backers by pledging at least $35 towards development in exchange for a digital copy of the finished game.

Obsidian haven’t set an exact date yet, but they are hoping for a release later next year. The game looks absolutely stunning, and it will definitely fill in a space that has been left empty by bigger RPG developers.