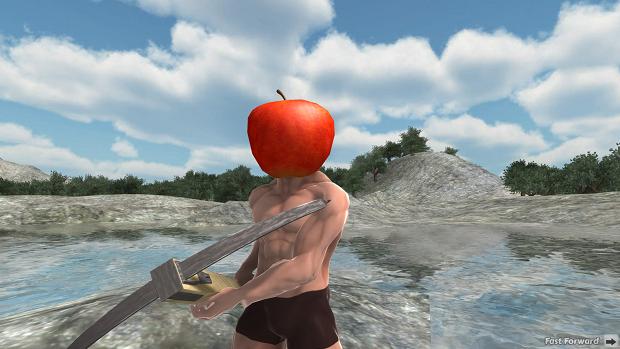 Sure, William Tell could fire an arrow through an apple sitting on top of his son’s head, but could he do it in a videogame? What if his son’s head were entirely replaced with an enormous apple? Would that make it easier, considering the increase in target size, or more difficult, as he is distracted by the neverending horror that his own son will never smile, laugh, or love due to his freakish fruit head? These are the questions that Probably Archery brings up.

Billed as the “most realistic archery simulator ever… probably,” Probably Archery started its life as a game jam game, and is now seeking approval on Steam Greenlight with a more fleshed out build. It appears to play similarly to Surgeon Simulator, where the player has full control over the positioning of the hands, often resulting in a hilarious show of bow and arrow ineptitude. Is it really that difficult to fire an arrow accurately? Probably.