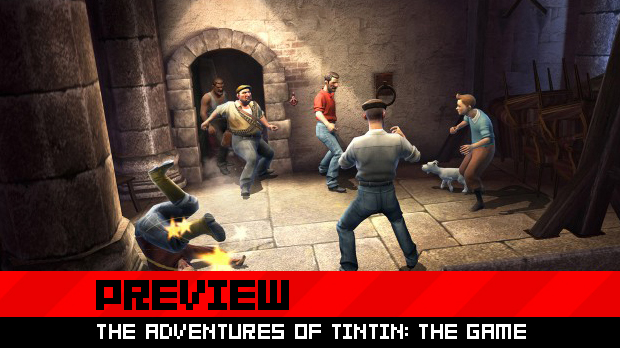 When I got the chance to demo The Adventures of Tintin: The Game, the first question I asked is if Snowy is a playable character. If you’ve watched the cartoons or read the comics, you probably know that Snowy is a sarcastic asshole who can’t hold his drink. And yes, Snowy’s the dog. 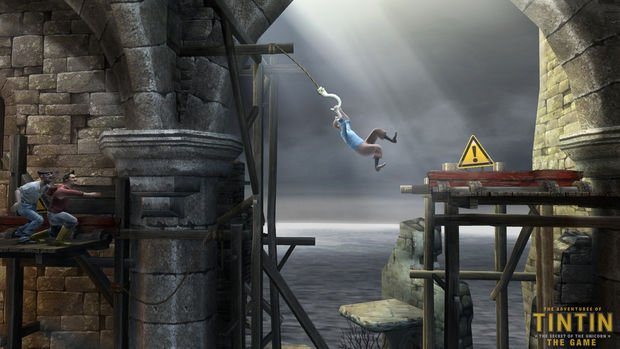 As for the game itself, there are three modes: the story mode, the co-op mode and the challenge mode. We were able to view four of the mini-games from the story mode that involved typical Tintin adventures — swordfighting with pirates, shooting from a running vehicle and maneuvering an aircraft.

The swordfighting was more fun than I imagined. From the third-person perspective of Tintin, you get into a tussle with a crew of pirates. With the power of Kinect, you can do two basic moves against them — slashing and parrying. By slashing, you wave your arm around like the Star Wars kid, only this time you are given the impression that you are actually hitting people. When parrying blows, there would be cues on the screen when to hold up your hand to block. 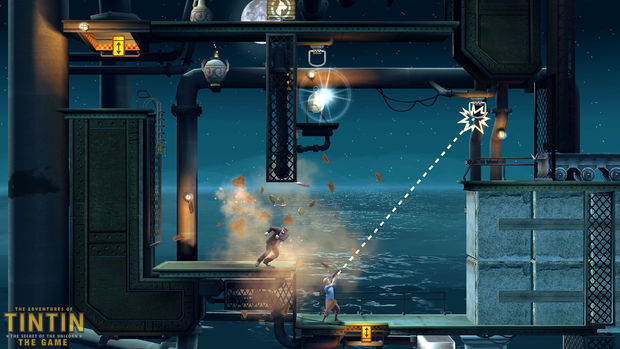 At one point, the pirates would be shooting cannonballs at you so you have to swing them back at the pirates at the appropriate time. Other pirates would be better protected so you also have to time your strikes whenever they have their shields down.
So yes, the movements were guided, which probably made the game pretty easy once you got the hang of the movements. But it was just so fun, and the visuals and musical scoring really captured the spirit of a swashbuckling adventure.
The next adventure has Tintin driving a bike with Captain Haddock or shooting from the passenger seat, depending on which mode you choose. Hand movements guide the direction of the vehicle and likewise help you aim and shoot at the targets. 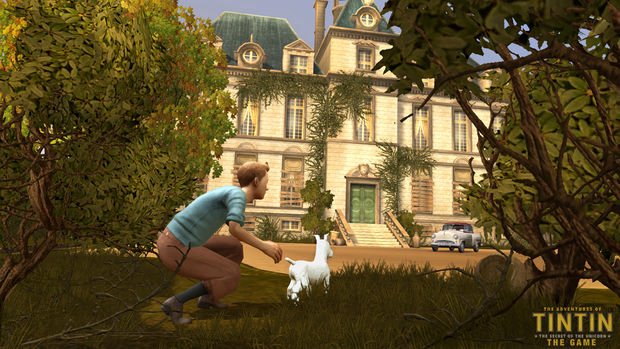 In the aerial flight simulation, you have to pretend to fly the plane through hoops in the sky. This is part of Tintin’s mission to take aerial photographs from exotic locales around the world.

The Adventures of Tintin: The Game seems to me like something that can be enjoyed by the young ‘uns but also fans old and new alike. Its fantastical elements breathe new life into longtime fans’ nostalgia while incorporating a little bit everything in its storyline to use the breadth of the Kinect technology.