The Nintendo 3DS is a system built around two simple concepts: portable 3D and dual-screen gaming. Unfortunately, the latter usually finds itself lent to making our experiences less intrusive by acting as a placeholder for maps, inventory, and other informative screens rather than evolving the creativity in design that is affordable with two screens.

Fractured Soul: Deep Void, by Endgame Studios, looks to change that by making each screen part of the action. In fact it throws the system’s 3D capabilities right out the window in hopes of creating a unique action-platforming puzzle experience. 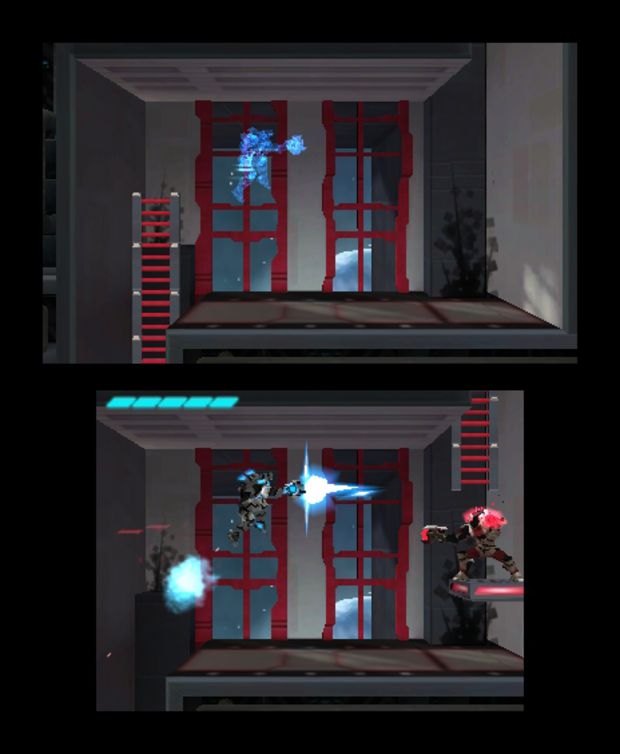 The world of Fractured Soul is set amidst the cold bleak confines of outer space. In this solitude of the final frontier you are thrust into the role of Jake Desaul, a man trying to come to grasp with the state of perpetual limbo that has befallen him. See, Jake has acquired a neat trick which has granted him the ability to switch between two physical bodies — which conveniently enough are located on each screen — and he must use this new skill to unravel the mysteries that have surrounded him.

As in any typical platformer, Jake has the standard running and jumping mechanics at his disposal, but he also possesses a blaster for the baddies and a jetpack for those oh so hard to reach places. My initial hands-on demo threw me into a relatively straightforward level. Enemies only appeared on one screen at a time and switching screens — with the shoulder buttons — provided the strategy needed in avoiding enemy fire. It’s a simple mechanic for dodging conflict, but I found later levels ramp up the combat with aggressive foes on both screens simultaneous. 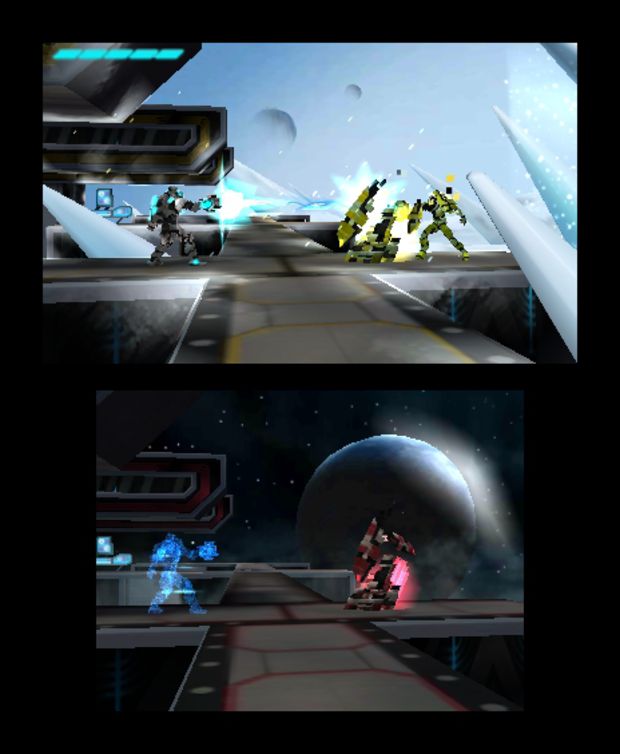 The puzzle-platforming aspect in this first area was juvenile at best. My progression was halted until I switched screens to climb a ladder that was only available on the other, but later levels really ramp up the difficulty and involvement of both screens. There are many areas where you will have to switch back and forth between screens to navigate a series of platforms. With not every platform available on one screen, there is a lot of liberty for Fractured Soul to mix up the unique aspect of having to traverse the game on two screens.

Each game world contains its own special twist on the game’s design to help spice up the difficulty and freshness. There was a world completely submerged in water — slowing Jake’s movement speeds — an ice stage — complete with a slippery floor — and a brutally difficult reverse gravity level which really makes one think when jumping and switching states. These changes in each level’s dynamics really helps in making every one stand out from the last. 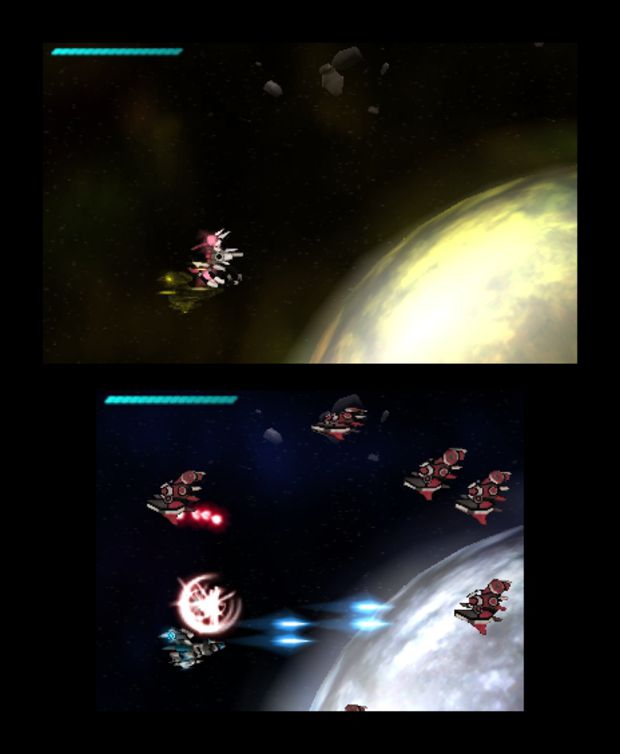 Puzzle-platforming isn’t the only form of action in Fractured Soul. Side-scrolling shoot-’em-up fans should be excited to know that there are some horizontal stages that provide an intense amount of fun. These levels were by far the most enjoyable one I played — mainly due to my infatuation with the genre — thanks to the game’s primary mechanic of having to navigate both screens. As waves of enemies fall, jumping back and forth to destroy every enemy fighter is as challenging as fun.

Fractured Soul: Deep Void may not be the most visually polished game to land on the 3DS, but it shows the promise for being a unique and challenging experience. It ditches the 3D crutch that has supported many of the handheld’s games and instead focuses on what Nintendo’s handheld does best: two-screen gaming. With a launch set for next summer, fans of action, platformers, puzzle, and even old-school shoot-’em-ups may find something special when Fractured Soul arrives.