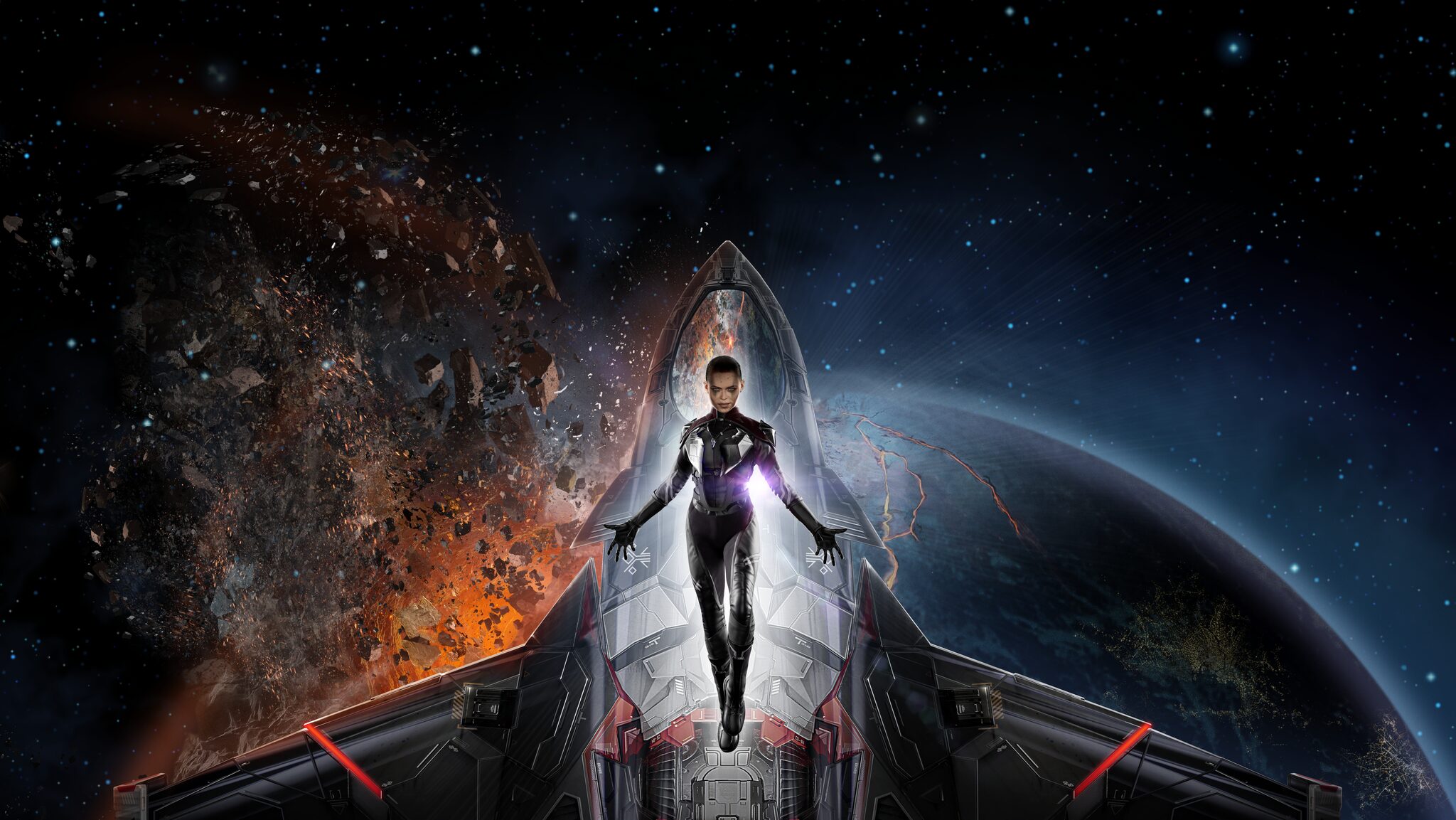 The space shooter genre isn’t one we see very often in the mainstream. It still crops up at times in the indie space, but the largest ones are often “space simulation” where you get a space job and go space truckin’. I honestly don’t recall the last time I saw a real Rogue Squadron or X-Wing style of mission-based space warfare. Oh, wait. Star Wars: Squadrons, I guess. That happened.

In any case, Deep Silver and Fishlabs have their own take coming up with Chorus. While it doesn’t seem to be looking to blaze its own trail, it is adding its own twists that could add up to a fresh experience, or maybe just another reminder of why we’re better off space truckin’.

Chorus is the story of Nara and her awesome talking ship, Forsaken. Nara seems to have been a powerful member of a cult called The Circle that is causing problems in the vacuum. She’s broken ties with them to help those they oppress.

Nara’s obviously got a dark past because she talks to herself in a creepy whisper voice. The preview doesn’t go very far into what she’s got going on, but I’m guessing she’s a Weapon X-style experiment. She has a fancier ship than the cultists and she can use psychic powers to mix things up. It points my intuition at “whoops, we created a monster.” What is apparent is that she’s done some bad stuff in the name of The Circle and doesn’t feel super great about it.

I’m stating this like it’s all cliche, and from what I gleaned, it might be. However, cliches live and die on how they’re handled, whether it’s for subversion or perspective, and I can’t comment on whether or not it’s going to be effective when it comes to Chorus. For now, I can only really see how it ties into gameplay. 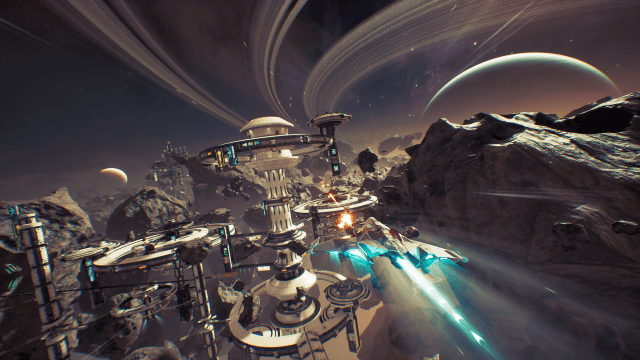 The demo takes place in a big ol’ asteroid field. There’s no real ability to control yaw, which felt weird to me. You look with the right stick and pressing it in reverts your ship to the horizontal axis. It feels unnatural but seems to have been designed this way to push Chorus into a more action-based direction. Much of the game’s strategy seems to be based on staying mobile and getting behind enemies.

There are a lot of ways to do this: boost, drift, psychic powers. The best way to get behind an enemy is to use Nara’s Rite of the Hunt power, which teleports you directly onto their tail. I’m serious, your crosshairs start directly on them, making it difficult to miss a few opening shots. I found drifting as a great way to change course quickly if you overshoot a target, but it seems like it will also be effective in tighter locations.

If there’s one thing that the psychic powers angle brings to the game, it’s that there’s an opportunity to grow more powerful throughout the course of the narrative. You can also upgrade your ship as you go, swapping out your three primary weapons and tweaking performance. It’s something of a nice change from the “you’re a faceless pilot” approach. 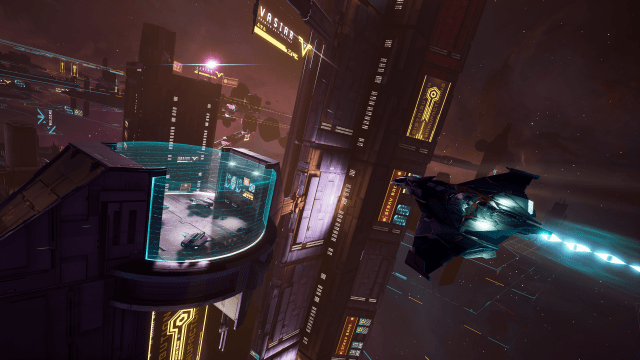 It’s unknown what that will add up to, though. While the potential is absolutely there and the gameplay is relatively solid, Chorus still has a lot to prove. Things like a decent metagame, fast-paced and heated combat, well-developed characters, and delivery on the narrative can play nicely and raise it above its genre-mates. None of that is really on offer in the preview demo, sadly, but that doesn’t indicate that it won’t be there.

I’ll be watching this one. The space shooter was a staple of my childhood diet, which might be why I’m so picky about it. I would certainly love to have Chorus surprise me, but it’s going to have to let me do more than just use space magic to impress.