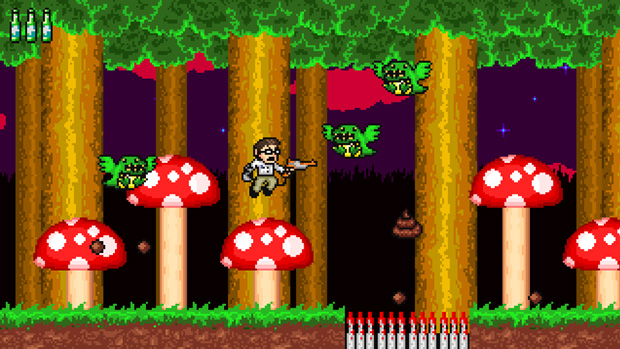 You know what’s NOT buuuuuuuullllllsh*t?

Angry Video Game Nerd Adventures is up for pre-order on Steam, so if you’re jonesin’ for some turd blastin’ on the PC rather than on the Wii U or 3DS, that’s a thing you should do. In fact, do it before 1:00 PM EST on September 5 if you want to win a chance to actually be in the game!

One person will be selected to be an NPC in the upcoming game. Who knows? You might even get to rub shoulders with a very “sprite-ly” Jim Sterling! The contest is only open to US residents excluding territories, so sucks if you live anywhere else.

And if you happen to be attending PAX, swing on by the Symbiote Studios booth (Booth 6118) to play a demo of AVGN Adventures.