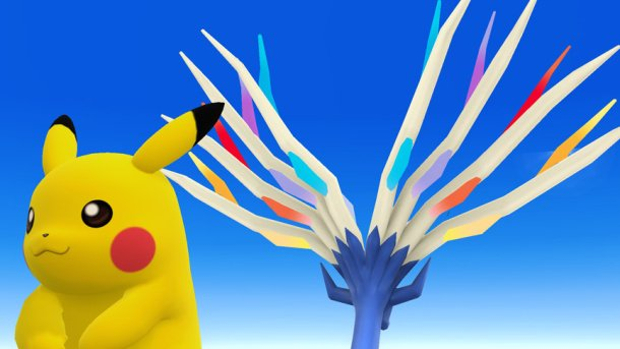 Melee? Brawl? 3DS/Wii U? Which is the best name?

Pokemon X cover monster Xernas popped up in a new Super Smash Bros. screenshot beside a smug Pikachu. Well, Xernas’ crazy rainbow antlers did, anyway. The back of its head, too. Hmm. Why are Pikachu and Xernas standing back to back? Some sort of old west duel about to go down?

Nintendo’s Masahiro Sakurai is remaining mute. On the Miiverse, Sakurai wrote, “We have absolutely nothing to announce today regarding Pokemon X and Pokemon Y. Really!”

Of course, that means it’s rampant speculation time. I’m going with this: with the recent success of Pokemon X and Pokemon Y, all Smash characters are being scrapped and replaced entirely with Pokemon. Or maybe it comes out of a Pokeball, or something. How do you want it to play out? Hoping Y‘s legendary gets in on the action, too?