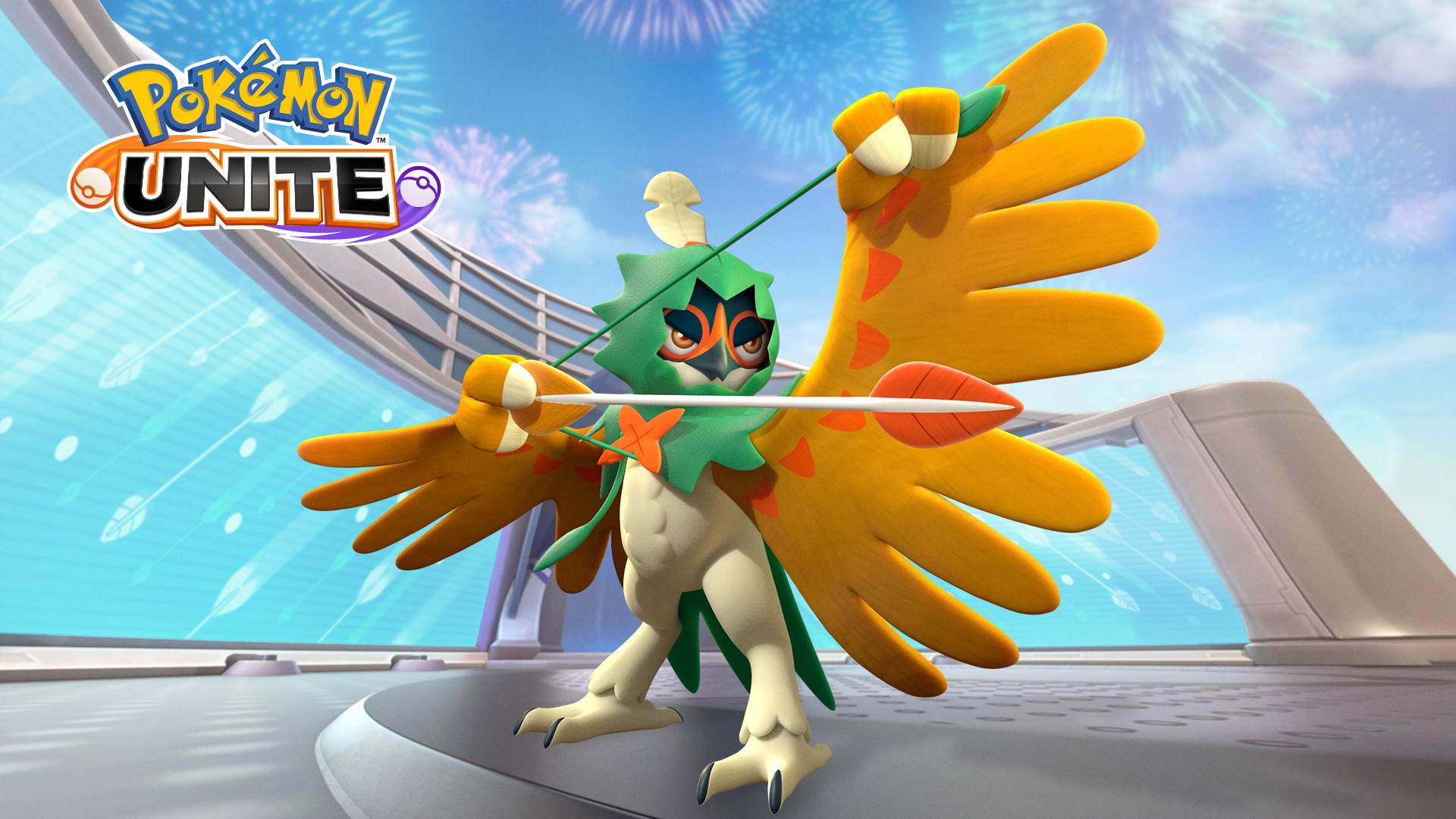 The archer flies into battle

The next Pokemon arriving in the Unite arena is set to land next week. Decidueye joins the lineup of Pokemon Unite on Nov. 19, 2021.

After being teased and leaked earlier this week, the Pokemon Unite Twitter account officially confirmed the addition today.

Decidueye is battling in style! Check out some of their moves in our Character Spotlight, and get ready to compete in #PokemonUNITE on 11/19! pic.twitter.com/K0wt5pSoym

The Arrow Quill Pokemon first appeared as the final evolution of Rowlet, a Starter Pokemon in Pokemon Sun and Moon. It’s likely that Decidueye will, like other Starter Pokemon, evolve up from Rowlet during the course of a Unite match.

From the short overview shown above, Decidueye seems like what you’d expect: a ranged character with an evasive, poking playstyle, constantly peppering opponents with quills. The design of Decidueye in Pokemon Unite reminds me a bit of the League of Legends character Xayah, honestly.

The new Pokemon will debut next week, and continues to build up on the lineup of Pokemon Unite. Since launch, the roster’s included new and old Pokemon, from Blastoise and Blissey to Mamoswine and Greedent. God, Greedent. That little squirrel was the bane of my Pokemon Unite existence for a solid week.

It’s surprising that the next Pokemon joining the lineup isn’t from the upcoming Brilliant Diamond and Shining Pearl, given those games launch on the same day. Feels a bit like a missed opportunity, but considering the pace at which Unite has been adding Pokemon, there’s certainly still a window for more Gen 4 to land in.

Pokemon Unite is currently available on both mobile platforms and Nintendo Switch.