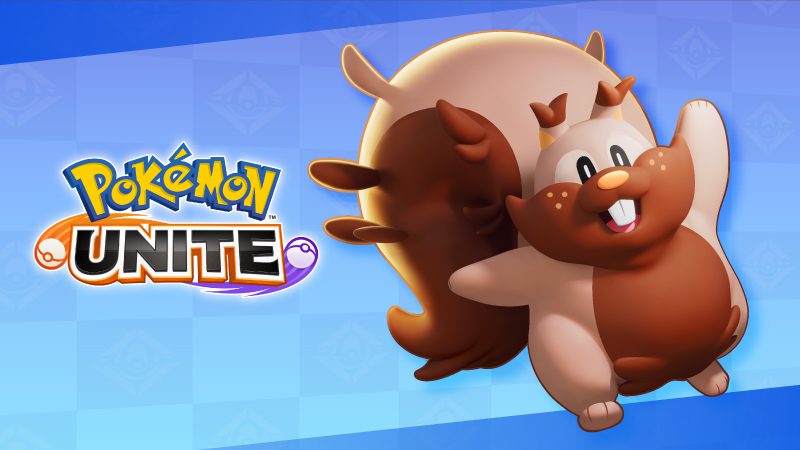 Get a free squirrel by completing tasks and logging in

The Halloween Festival has kicked off in Pokemon Unite, adding a new currency and turning the main screen into a fiendishly festive landing page. But it isn’t just about costumes and candy, as Pokemon Unite players can also pick up a free Greedent license this week if they save up their pumpkins.

As announced on the Pokemon Unite Twitter, Greedent is one of the rewards available during the Halloween Festival. It’s also the newest Pokemon in Pokemon Unite as of this writing, so it seems like a good opportunity to bolster your roster with some new ‘mons.

During the #PokemonUNITE Halloween Festival, a Greedent Unite License is one of the many prizes you can earn! pic.twitter.com/vLUdazHuxV

You can earn a license for Greedent (a.k.a. the ability to pick Greedent) by trading in pumpkins. The new pumpkin currency is part of the Halloween event, and you earn it by either playing and winning games in the spooky new stadium variant or through daily log-ins during the event.

TiMi Studios also notes that for the upcoming Festival, not all players will be able to obtain all rewards by event’s end. So while there are a few different cosmetic rewards alongside Greedent, you might want to save your pumpkins until you know exactly what you want.

Greedent’s playstyle sounds fairly unique for the Defender class. He uses belly flops and berries, and overall, isn’t quite what you’d expect when put up alongside other beefy Defenders like Blastoise or Snorlax. But as a Defender player myself, I welcome the newcomer to the fold, and will definitely be saving up to add some variety to my rotation.

The Halloween Festival has also kicked off, with the aforementioned Mer Stadium variant and a bunch of new cosmetics for both Pokemon and their Trainers. Hopefully there are some scary Ghost Pokemon set to arrive soon too, just to really round out the October atmosphere.