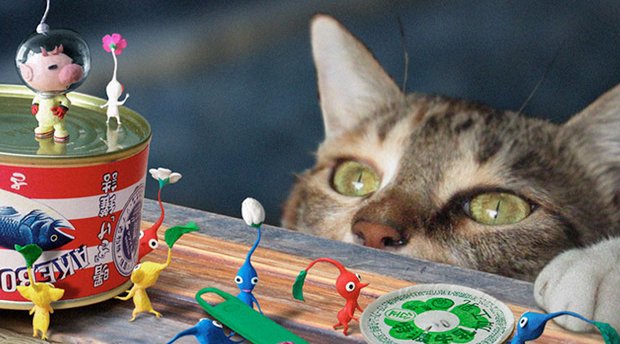 Like a lot of people, I love Pikmin. What appears to be a cute, relatively kid-feiendly game is actually a tale of potentially endless, unspeakable horrors. It’s one of the few series that is simply too stressful for some people to play. It’s so easy to become attatched to your army of little baby carrot people, that death of even one tiny soldier has been enough to cause more than one of my friends to put down the game for good, unable to move on due to insurmountable guilt.

Part of that is because of the game’s incredible sound design. The adorable little sounds that the Pikmin make (have meow, half bird tweet) immediately capture the hearts of most players, and likewise, their sorrowful (but still cute) death rattles (and accompanying ghost forms) are both subtly, but intensely effective. The excellence doesn’t end there. The game’s entire soundtrack is a surrealist soundscape classic, filled with different idea and concepts should the listener care to find them. I could listen to it all day.

That’s why I’m so happy that this unused “song” was found on the Pikmin 2 disc. It’s hard to tell if it’s even finished, and yet, I still love it. I can only hope someone remixes this and turns it into a Bossa Nova song about Purple Pikmin eating grape jelly (and by “someone”, I mean “me”.\