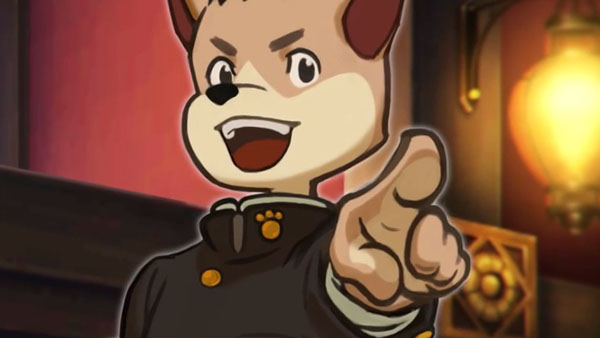 While the new Ace Attorney—The Great Ace Attorney coming July 9 to 3DS in Japan–looks great and all what with Phoenix Wright’s ancestor palling around around with Sherlock Holmes and Watson in Meiji era Japan and the British Empire, does Capcom really think people wouldn’t rather play this fake The Great Dog Attorney?

April Fools is a bit of a bummer because aside from my job being slightly harder, most companies cut fake trailers for much more creative things I’d rather they be making.