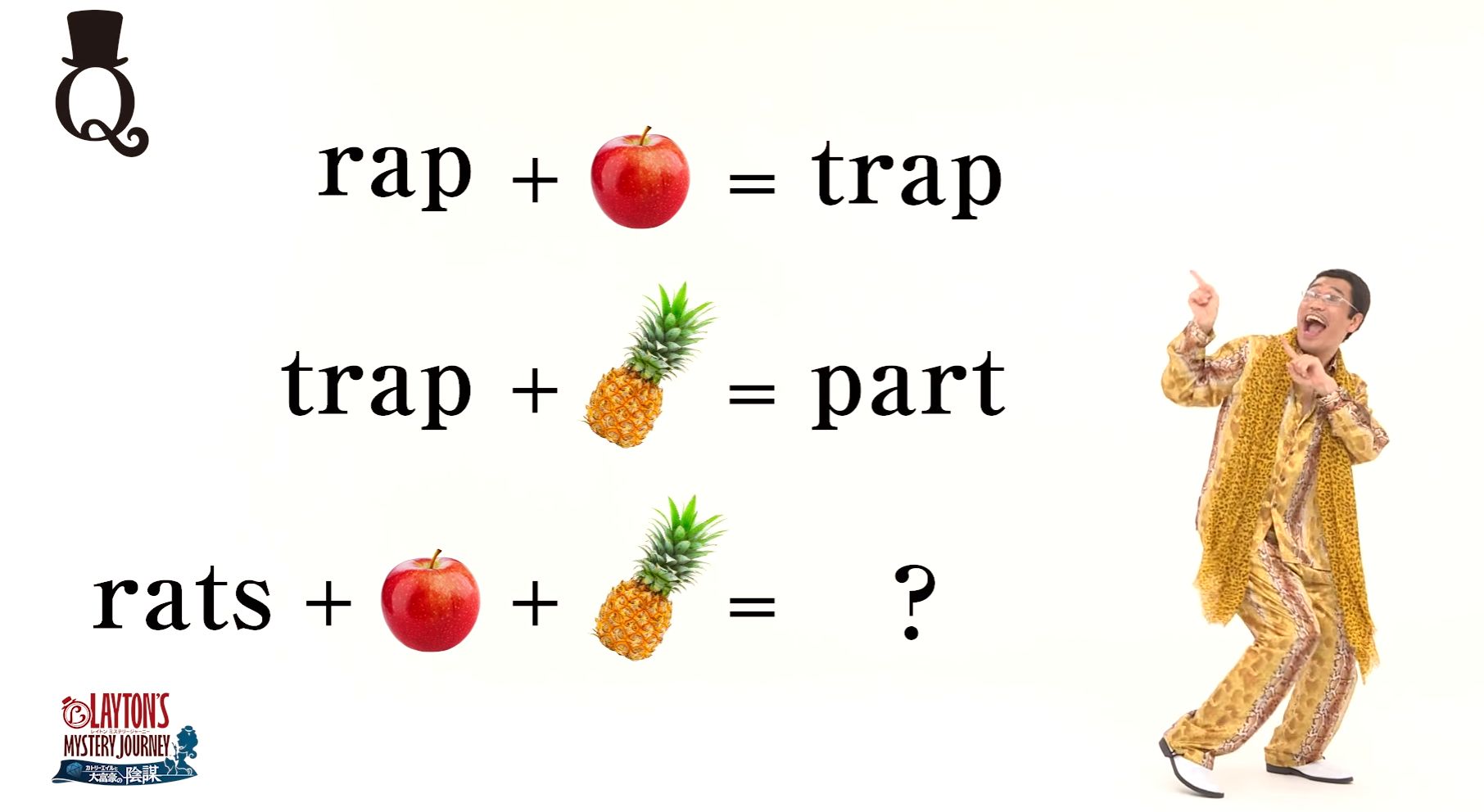 Oh yeah, there’s a trailer for the game too

To help promote the upcoming Layton’s Mystery Journey: Katrielle and The Millionaires’ Conspiracy for 3DS, Level-5 teamed up with SCRAP (real escape games) to make a “puzzle-solving event that challenges users around the world to solve 50 puzzles that appear on the internet and in special locations in 10 countries, including Japan, the U.S., the U.K., South Korea, and Australia” from June 20 to September 21, 2017.

The first puzzle is about the viral video PPAP (Pen Pineapple Apple Pen). The event has already begun and you can get started from the Layton World website. There was also a regular ole game trailer showing off the game’s story and some puzzle gameplay. It looks more interesting than the original Layton games, and not only because it features a talking bloodhound (but that may be one of the larger reasons).

I have never participated in one of these real escapes yet, but every time I’m reminded of them I want to try. I’ll put that on my “make friends do this with me” list. It’s a long list.