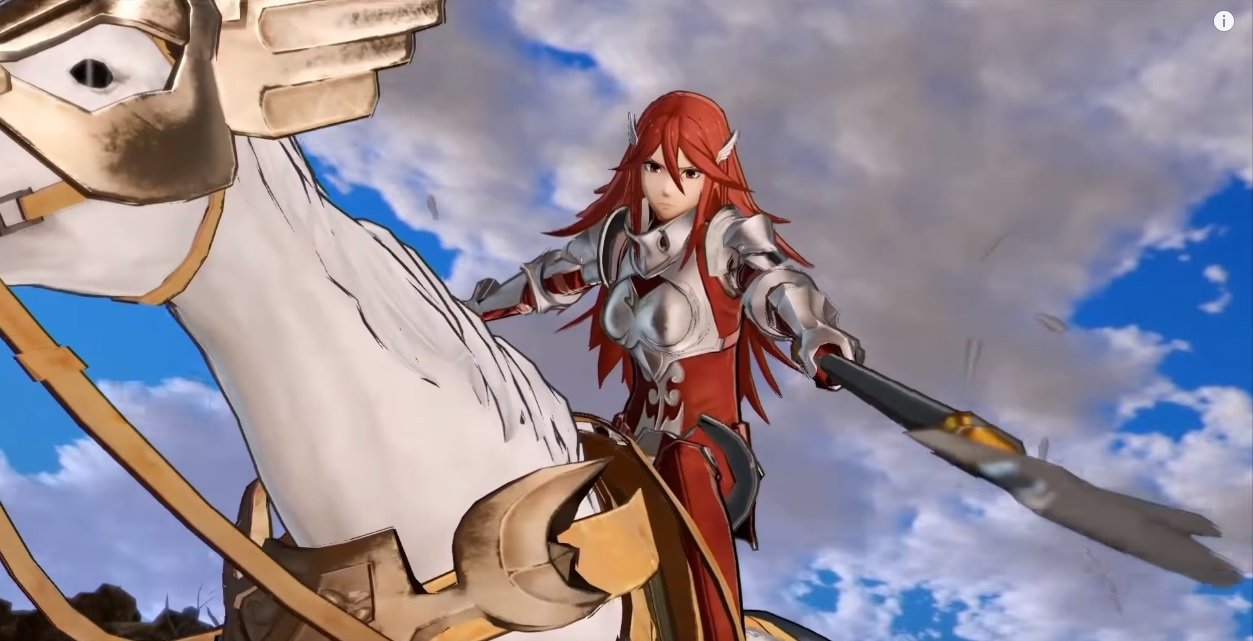 Fire Emblem Warriors isn’t in my most anticipated list for this year per se, but I’m keeping one of my eyes on it (it’s straining!).

I’m a little worried about the ability of the 3DS version to keep up with its console counterpart, but given that they’re actually making it exclusive to the New 3DS it’s a little more promising than Hyrule Warriors, which ran sluggishly on older models. Still, this is all sort of a meaningless rant because I’m going to be playing it on Switch like most of you.

So where was I? Oh yeah, Cordelia is in Fire Emblem Warriors, in Pegasus Knight form, which is rad as hell. Every time I forget about this one a new clip or screen drags me back in, and I have hope that it’ll be just as endlessly replayable as Hyrule Warriors was. I’ll just dearly miss the “one person plays on a GamePad, another on the TV” mechanic that the Wii U made possible.