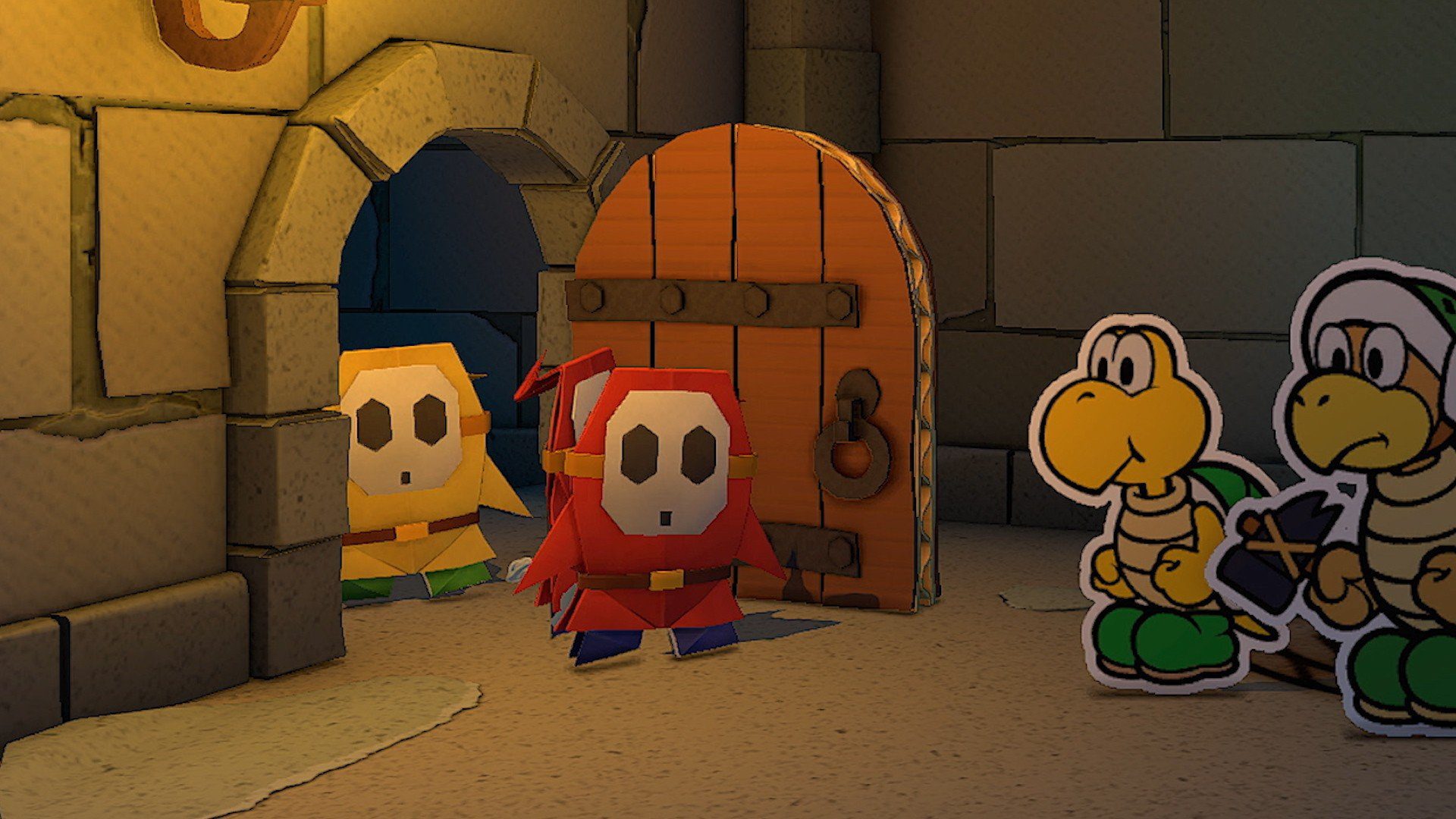 Nintendo’s Kensuke Tanabe is kind of a legend. He’s worked on Super Mario RPG‘s script, he’s been involved in franchises from Donkey Kong Country to Pokemon and he even wrote Link to the Past. Quite the resume!

Although Intelligent Systems is responsible for a large part of recent Paper Mario games, Tanabe and several other developers at Nintendo also pitch in. VGC recently caught up with him to talk Paper Mario, and he provided some extra insight into why the recent games are the way they are, as well as his approach to the humorous tone that entries from Sticker Star on have leaned into.

Speaking to VGC, Tanabe gives us his core philosophy on comedy, explaining: “I don’t use any ideas that go against what’s considered appropriate for the times. I also don’t use ideas that are too much of a twist and so are difficult to understand. Instead, I aim to pick ideas that are understandable all around the world.” He says that Miyamoto was a big influence on the team, especially as it pertains to Mario and the angle of stories that aren’t “too complicated.”

As for the inherent nature of the new direction of Paper Mario (specifically Origami King), Tanabe notes: “I do think it’s difficult to satisfy certain fans with the adventure game direction if they think of Paper Mario games as simply being RPGs. I hope that everyone will play this game with an open mind.”

He goes on to say: “I do look through the opinions of fans once a game is released. As there are cases where I can’t address those opinions exactly as fans want, I try to challenge myself to other new, fun ideas. What I always keep in mind though is to do as much as I can so that players can enjoy new and unique game experiences. I’m confident that if you play Paper Mario: The Origami King, you’ll understand just how many ideas we’ve managed to pack into one game.”

Tanabe also seems incredibly humble, accepting the fate that maybe, his co-creations might not make it into the annals of Nintendo history. He admits that the legacy of “all-time hit” characters isn’t up to the development team, and hopes that “fans truly accept” those creations and that Origami King‘s characters “will stay in players’ memories,” despite the fact that they might end their journey in this solo entry.

Well, there’s always assist trophies in whatever the next iteration of Smash Bros. looks like! As for me, I’d love to see some of the origami characters live on in the future.

Paper Mario’s development team lays it all out [VGC]