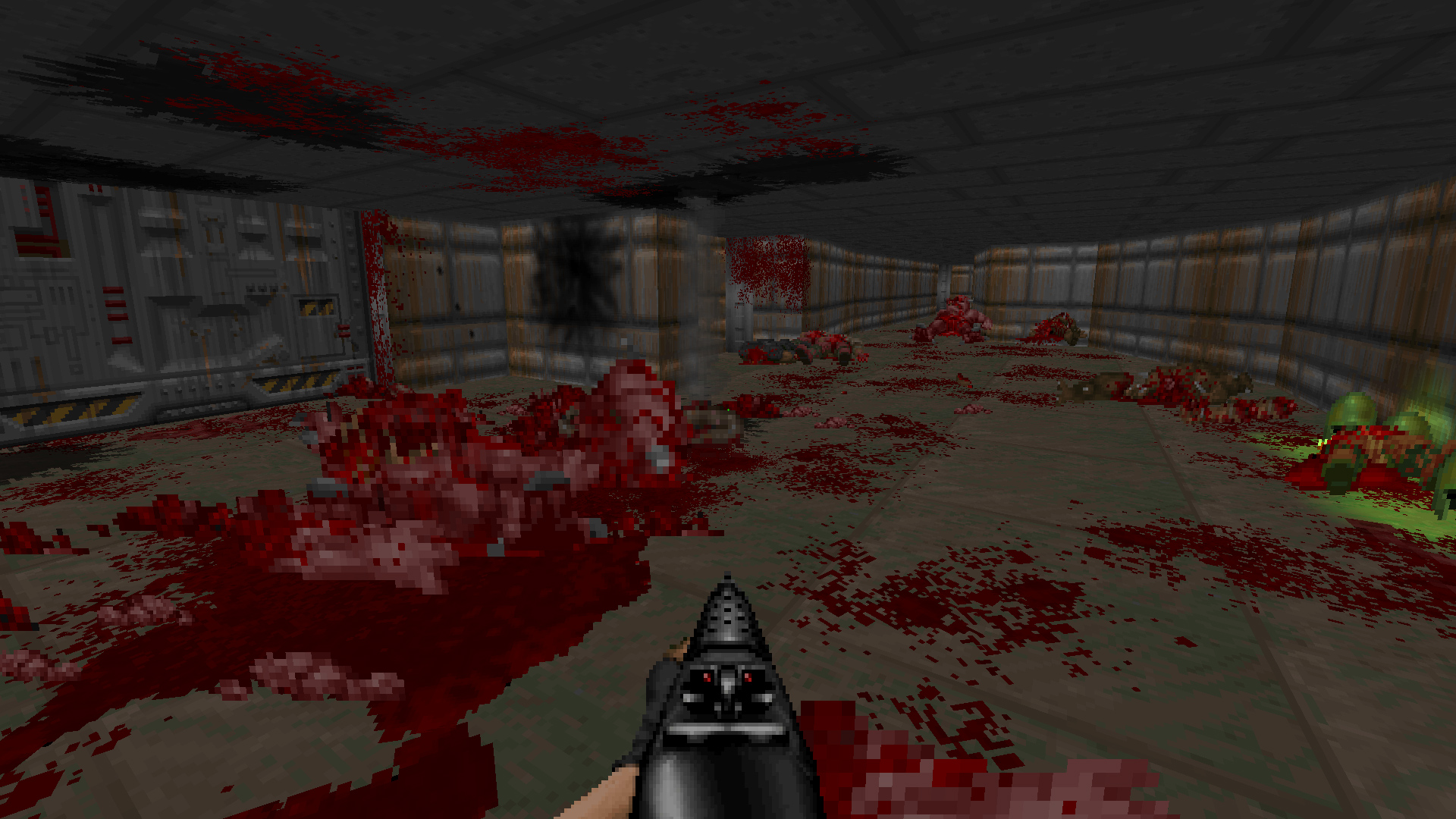 Who’s up for a bit more of the old ultra-violence?

Modder SGtMarkIV has released a blood-drenched announcement trailer for the upcoming version 20.0 of his appropriately titled Brutal Doom mod, which is scheduled to release on June 5.

According to the modder’s DB page, Brutal Doom takes the classic first-person shooter “to a whole new level,” adding “more blood, unique gibs, death animations, dismemberments, headshots, executions, fire and explosion particles, flares and shadow effects.” If that’s not enough added mayhem and gore, the mod’s description goes on to add that Brutal Doom lets you to kick severed limbs and heads around, allowing for some creative solutions to situations in the game, such as activating traps in a map earlier.

I’ve been curious about the project since I first became aware of it, but for various reasons, never actually took the plunge and installed it. Come June, that’s going to change. I’ve been itching to go back and play through the games again, and with this delightful mod coming due, I think this may be the motivation that I’ve been looking for to do so.

Brutal Doom is listed as being compatible with all Ultimate Doom, Doom II, and Final Doom levels, and will feature an “unzip and play” installation system plus 30 new maps.