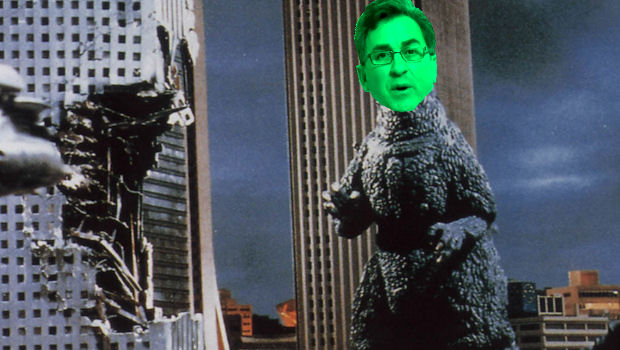 The $249.99 price point for the Nintendo 3DS has been heavily debated since it was announced this week. While many find this a fair price, there are plenty who believe it’s too high. Naturally, Michael “slit testes” Pachter has a different opinion — it’s entirely too low.

“I’m impressed that they had the confidence to charge $249; I think that they’re going to regret it,” warns the mighty steed. “It’s going to sell out and they’re leaving money on the table. I’m impressed that they’re this consumer friendly — that really matters. So it’s not shareholder friendly, but consumers are going to love the $249 price point. We can call bullsh*t on Reggie [Fils-Aime] a lot, but I actually agree with him. If you explain the feature set to most consumers, they would say $300 or more. So $249 is a bargain, and I think this thing is going to be on eBay for $500 immediately.”

“I think the biggest problem they’ll have is that you’ll never see one in stores in 2011. It’ll be sold out forever. We’ll get like a million or 1.25 million, and so will Europe, and those will be gone in weeks. Let’s hope they can make 2 million a month and ship 800,000 a month to the U.S. so consumers have a prayer of getting one by Christmas.”

So, an equal measure of chastisement and praise from everybody’s favorite analyst. I am personally in the camp who believed the 3DS would launch at a higher price, but unlike Pachter, I have a feeling Nintendo won’t regret it. I would say they’re banking on those shortages. Empty shelves make for surprisingly good PR.