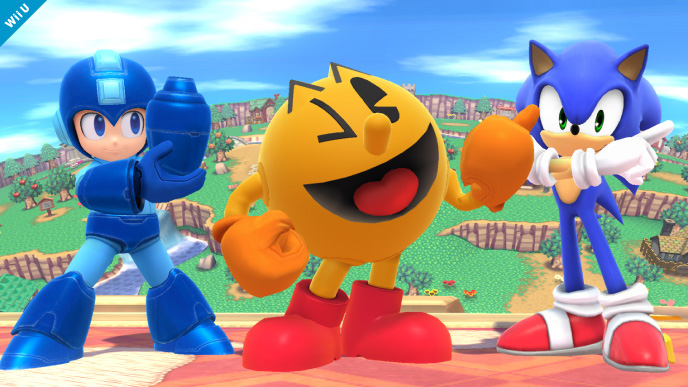 And he’s getting his own level!

During a roundtable presentation at E3 this evening, Super Smash Bros. creator Masahiro Sakurai revealed Pac-Man as a playable character in Nintendo’s upcoming Wii U and 3DS fighter. The Bandai Namco mascot will be receiving his own stage as a part of the deal.

Sakurai asserts Pac-Man was planned for the title from the start of development, which seems to make sense since Bandai Namco is handling the project alongside Sora Ltd.

Pac-Man features “some interesting abilities like throwing fruit and eating power pellets,” confirmed over Twitter. To see what the rotund yellow fellow looks like in action, check out his debut footage above and the screenshots in the gallery below.

[Update: Mr. Game & Watch will be returning as a playable character in the upcoming fighter.]