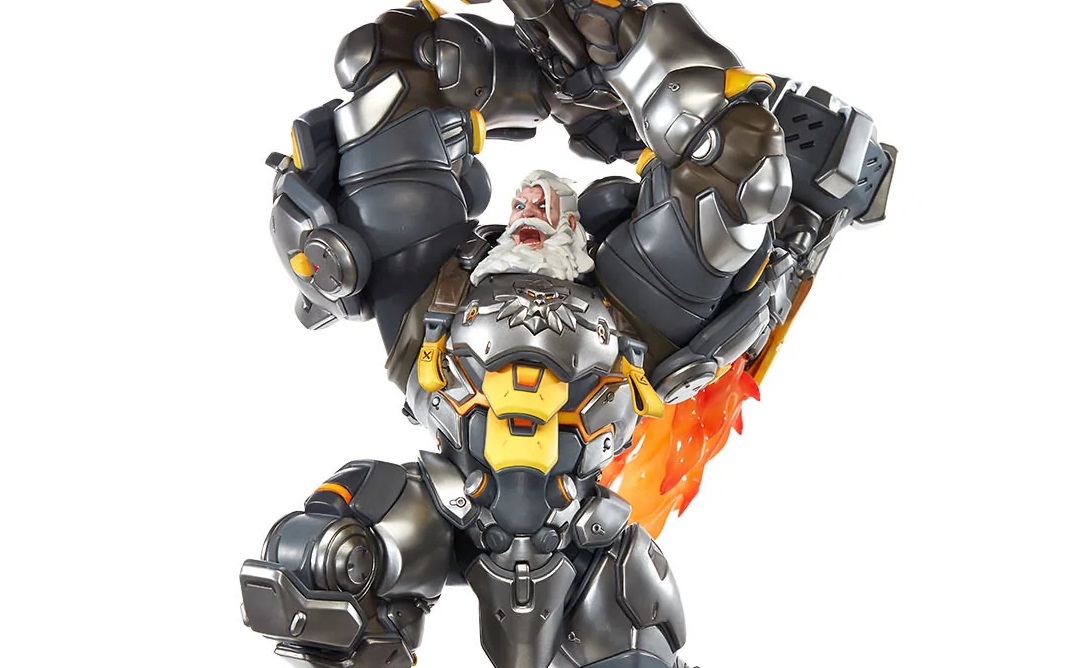 Those of you who were big into the merchandising angle of Blizzard Entertainment’s Overwatch will likely remember, (or perhaps even own) some of the excellent statues that were released, depicting heroes such as Tracer, Widowmaker, Mercy, and Dva in fine form at a relatively reasonable price — Well, the statues are seemingly returned, although the “relatively reasonable price” part may not be.

Following this week’s launch of flashy sequel Overwatch 2, Blizzard has opened pre-orders on a brand new statue of perhaps OW’s noblest and most steel-hearted of heroes, the mighty Reinhardt. This very impressive centerpiece is sculpted of PVC and polyresin and stands a huge 25 inches in height, showcasing the shining knight one step away from launching his devastating ult: Earthshatter.

This hand-painted specimen features exquisite detail, perfectly recreating Reinhardt’s battle armor and expertly capturing the hero in an extremely dynamic pose. While all of the Overwatch statues have been impressive, Reinhardt’s intricate design, strong posture, and base detail seem to be setting the tone for a new wave of statues, ones that will see the heroes “mid-match” rather than standing at rest.

Of course, all of this size and detail comes at a price, and Reinhardt is a doozy. Now available to pre-order over at the official Blizzard Gear store, Reinhardt will set you back $1,100 USD (not including shipping or any potential customs costs). There does not appear to be any sort of installment plan ala most statue sellers, so you may have to drop the four figures in one lump sum come launch day. Reinhardt is tentatively expected to release in November… You still have a couple of weeks to save up..?