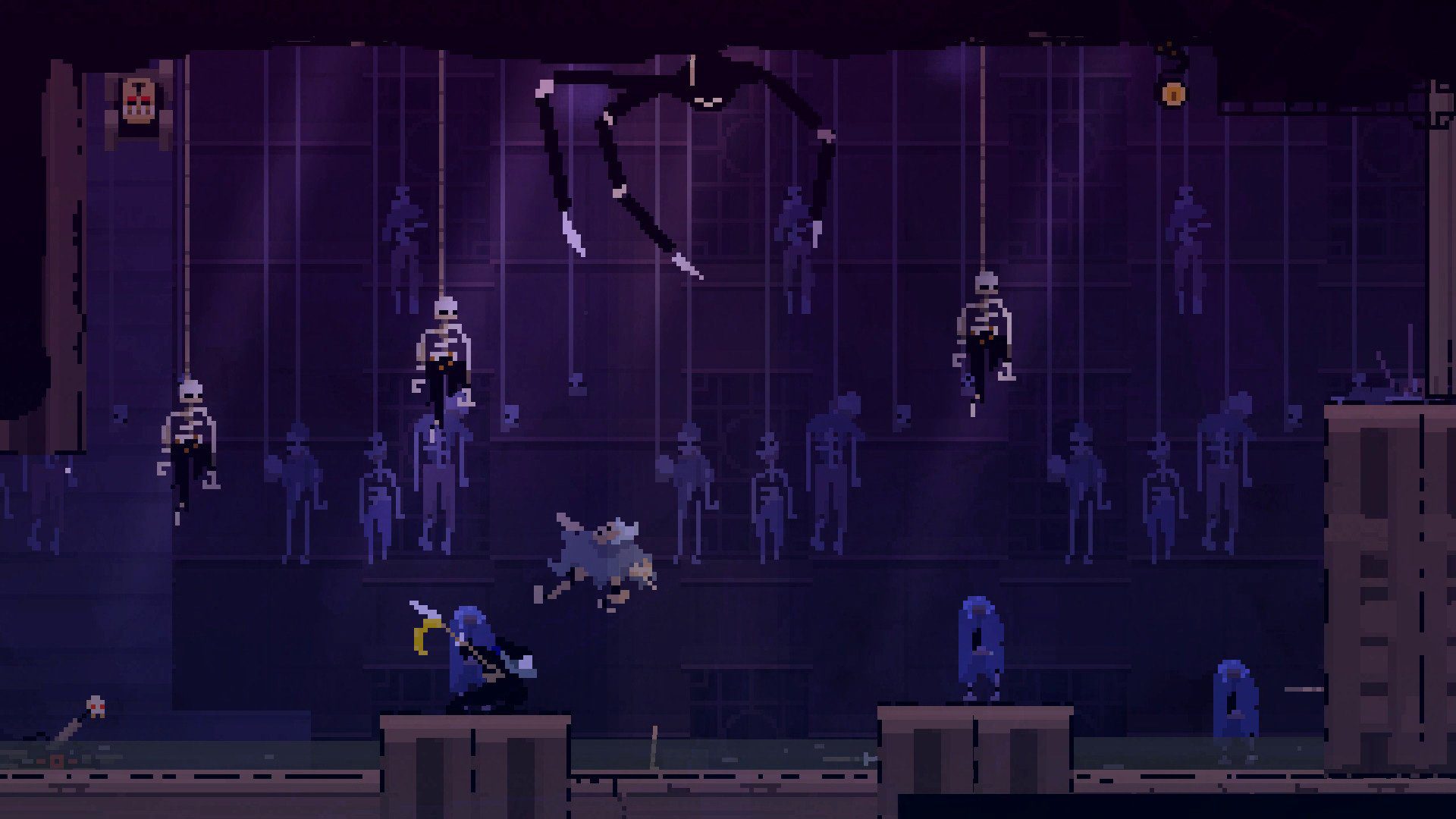 It’ll be available on Switch and PC in early 2021, too

Devolver Digital and Skeleton Crew Studio are bringing Olija, an action-platformer with a wicked harpoon, to PS4 and Xbox One in early 2021 alongside the previously-confirmed Nintendo Switch and PC versions. We got our first peek at the game this summer, but honestly, it tumbled out of my mind.

That’s not a slight against Ooljia, though – I think it looks sick. Devolver picks ’em well.

The up-close and long-range combat approaches look like they’ll mesh well, the “mysterious country of Terraphage” seems like an intriguing place to explore, and the soundtrack is vibin’. If you’re not convinced – or you are and you just want something tangible to latch onto – there’s a Steam demo.

Will I ever lose interest in pixelated action games? Sure doesn’t seem like it.