The Legend of Zelda: Ocarina of Time for the Nintendo 64 was one of the best games ever created. Not many people will argue with that statement. However, something that even the most hardcore Zelda fans will agree with is that the visuals haven’t stood the test of time.

Enter the 3DS update of the classic. I sat down with Nintendo this past week and played the upcoming first real must-own title on the 3DS. At the same time, Nintendo ran through the areas I was in, but on the Wii. The differences in visuals were night and day and that’s due to Nintendo completely remastering the 3DS version. All new textures, character models, environments and more were reworked to take advantage of the unique graphic capabilities of the 3DS.

As Nintendo’s Director of Product Marketing, Bill Trinen, told me — who first started working with Nintendo on Ocarina of Time for the Nintendo 64 — Nintendo used “the power of the 3DS and they tried to go in and make the characters and the models in the game look much closer to the illustrations that they released in the manual and things like that at the time.”

Bill continued by stating that the Link model in the 3DS version is “much closer to [Nintendo’s] image of what the characters were when they drew them in picture form (see the images in our gallery) rather than what they were able to achieve on the Nintendo 64.” 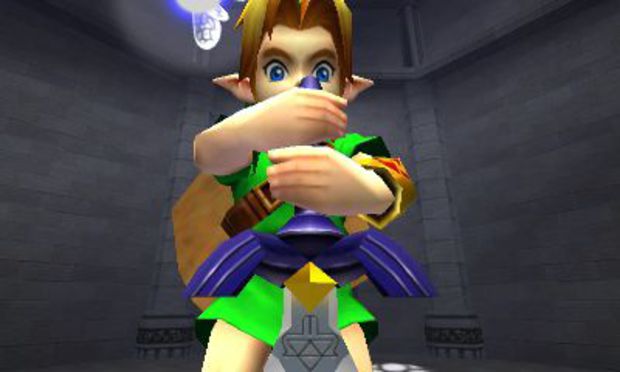 The Legend of Zelda: Ocarina of Time (3DS)
Developer: Nintendo
Publisher: Nintendo
To be released: June 19, 2011

I don’t think you’ll truly appreciate the new visuals until you hit the Market in Hyrule Castle. Everything looks vivid and full of life as opposed to just static images. Shops are now crammed with items instead of being nothing but bare-boned shelves. The church actually has a ceiling with Triforce-looking chandeliers now instead of complete blackness. I’d recommend everyone do a side-by-side comparison in order to see just how much has changed.

You’ll be able to better appreciate the visuals thanks to the streamlined menu system now too. The top screen is free of the clutter like in the N64 version — everything is neatly placed on the touch screen. Accessing your map and items is far less of an excruciating process than it used to be. 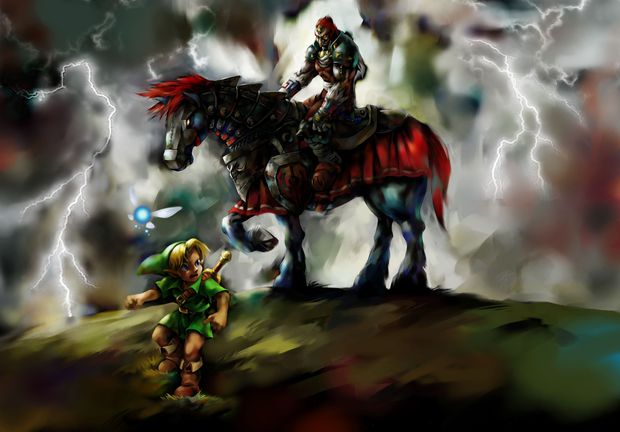 Oh, and as far as the 3D part goes, while Nick Chester didn’t enjoy it that much, I had no problem at all. In fact, this was the first game I’ve played on the 3DS that I wanted to play with the 3D on. The 3D effects look great but note you’ll want to slide off the 3D if you’re going to be using the gyroscopic first-person aiming feature. I do agree with Nick’s take on how accurate moving the 3DS around correlates with your actions on screen. It’s a nice little feature, and one you can skip altogether by just using the directional stick.

As for the Master Quest content, you’ll be able to access it as soon as you beat Ocarina of Time first. You have to earn it!

Ocarina of Time for the 3DS is exactly what you remember of it, but now in a prettier package. Pricing has yet to be announced, but I wouldn’t be surprised if it’s around the $39.99 mark like most 3DS games.