Both the single-player and multiplayer of Warhammer 40,000: Space Marine has been previewed multiple times. We’re less than a month away from release and THQ wants another! I’ve been playing a preview build of the game this past week, and even though I’m really into it … I don’t know what else to say.

At this rate, the final review is simply going to be, “Guh? Buh!” Admittedly, some will say such a review is an improvement to my usual writing style.

With so much already said, and such little time before the review, this article exists in limbo — a nothing-world where I’m duty-bound to write about the game, but I have nothing I can say at this time. I think it’s time for a quick and lazy bulleted list! 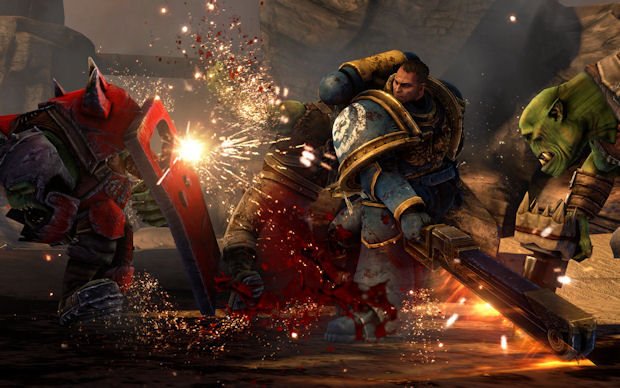 THINGS THAT ARE AWESOME: 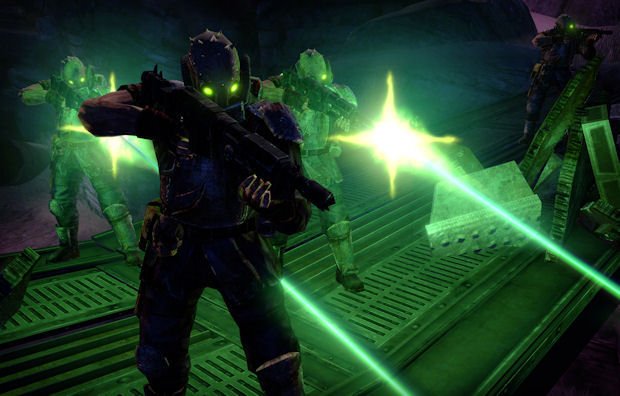 These are a few quick mental notes I took away from the preview build. Right now, it’s looking like a very solid game, albeit one with a few issues. We will have a full review coming in the near future (probably!) and I’m keeping my fingers crossed that the full experience holds up.