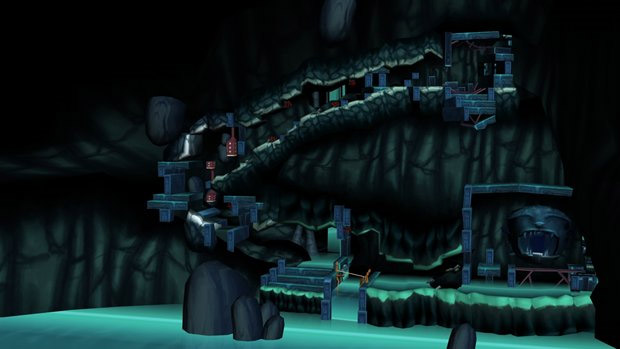 Wait just a minute. NIS America is publishing (and Nicalis is developing) a remake of Cave Story, and it’s going to have 3D graphics presented on a 2D plane with the 3DS’ depth-of-field wizardry in mind? That sounds like too incredible a thing to happen. But let me assure you, it most certainly is on the way.

GamesRadar has the news, and an interview with Cave Story creator Daisuke “Pixel” Amaya and producer/music director Tyrone Rodriguez. There are two major quotes I want to point out.

The first, from Rodriguez: “We’ve added a couple of things that Daisuke and I have gone over, as far as some secrets and some Easter eggs that are going to make some of the original fans really happy, and it’ll also add some longevity for the game for anybody who’s playing it, and sees these grand new areas that we’re adding, as well.”

And, here’s the one we’ve all been waiting for. “It’s now been 10 years since the original Cave Story came out, so I’m now thinking that maybe it’s time to start thinking about a sequel for Cave Story,” says Pixel. “There’s a very, very good chance we’ll see a sequel.”

Filed under... #DO WANT#DS#NIS#Remakes#Top Stories