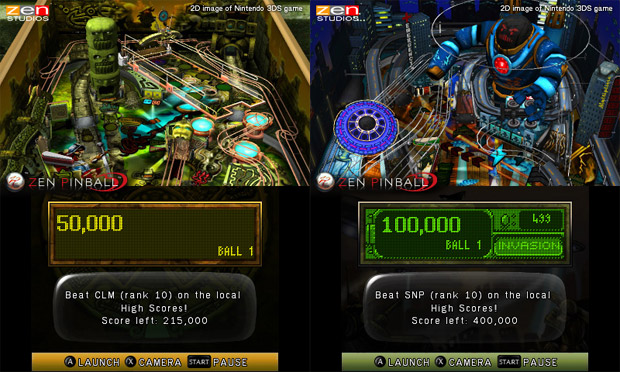 For once, it’s been those of us in North America who have been waiting impatiently for a game enjoyed by other regions. Zen Pinball 3D will appear on the 3DS eShop next Thursday, January 12 for $6.99.

This game includes four tables — Earth Defense, Shaman, Excalibur, and Eldorado — in addition to hot-seat multiplayer and online leaderboards. Friends don’t let friends get too wrapped up in those life-stealing rankings.

As has been the case with other games from Zen Studios, post-release downloadable content is planned for Zen Pinball 3D as well.