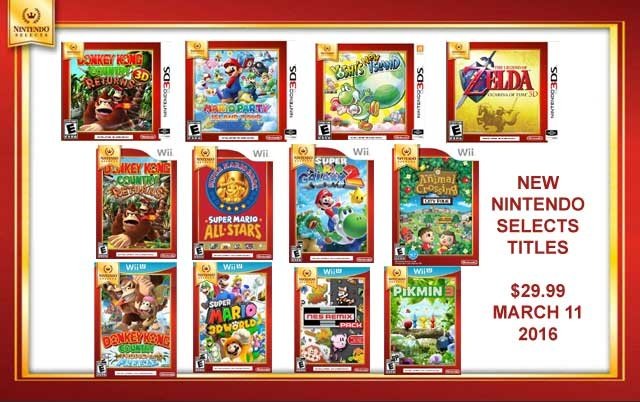 With Europe having all the fun when it comes to Nintendo Selects, North American fans were starting to abandon all hope that they would even come to the region. But over the weekend, a Canadian retailer spilled the beans that the discounted line will now be coming stateside. The tweets have been pulled, but it looks definitive and official.

They’ll arrive on March 11, and will be set at $29.99 for Wii, Wii U, and 3DS titles. There’s a lot of gems here, but one of the standout releases is easily Ocarina of Time 3D, which was notoriously hard to find in the US due to a low initial printing. The same goes for Pikmin 3, which I highly recommend.