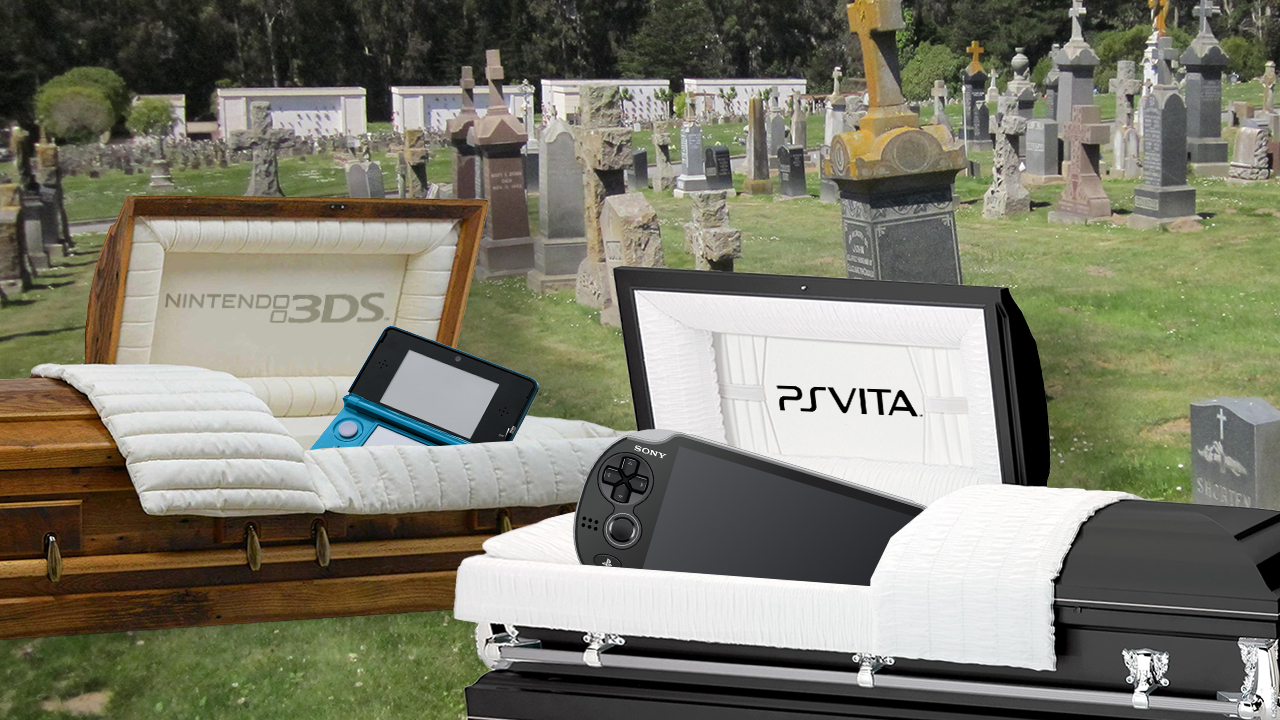 Dearly beloved. We are gathered here to celebrate this thing called handheld gaming. Since they first popped up on the scene in the late 1970s, portable gaming devices have allowed millions of people to enjoy a little bit of fun no matter where they were, be it on the toilet at work, the toilet at church, or the toilet at the hospital right before your scheduled surgery to fix the reason you’re going to the bathroom so much.

From its early origins as simple LCD devices, handheld gaming has always been about doing more with less; less power, less graphics, less buttons, less screen resolution, and less western AAA developers making games for it. But even with all those mountains standing in its way, portable gaming thrived. It thrived because of titles like Tetris, Pokémon, end of list. It thrived because portable gaming was the perfect gateway for young kids into the hobby and also a great way to distract the children so mommy could get some alone time with a bottle of wine and a showerhead.

As the years went by, the power gap between handheld and home console narrowed. Today, thanks to the Switch and Stadia, there is no difference between a game you can play on the go and one you can only play at home (except that, lol, nobody plays Stadia). Now that Nintendo’s hybrid device has committed regicide against the reigning king of handhelds, and Sony’s PlayStation Vita finally died after being shot in the back of the head by Andrew House in 2015, it’s time we put this category to rest.