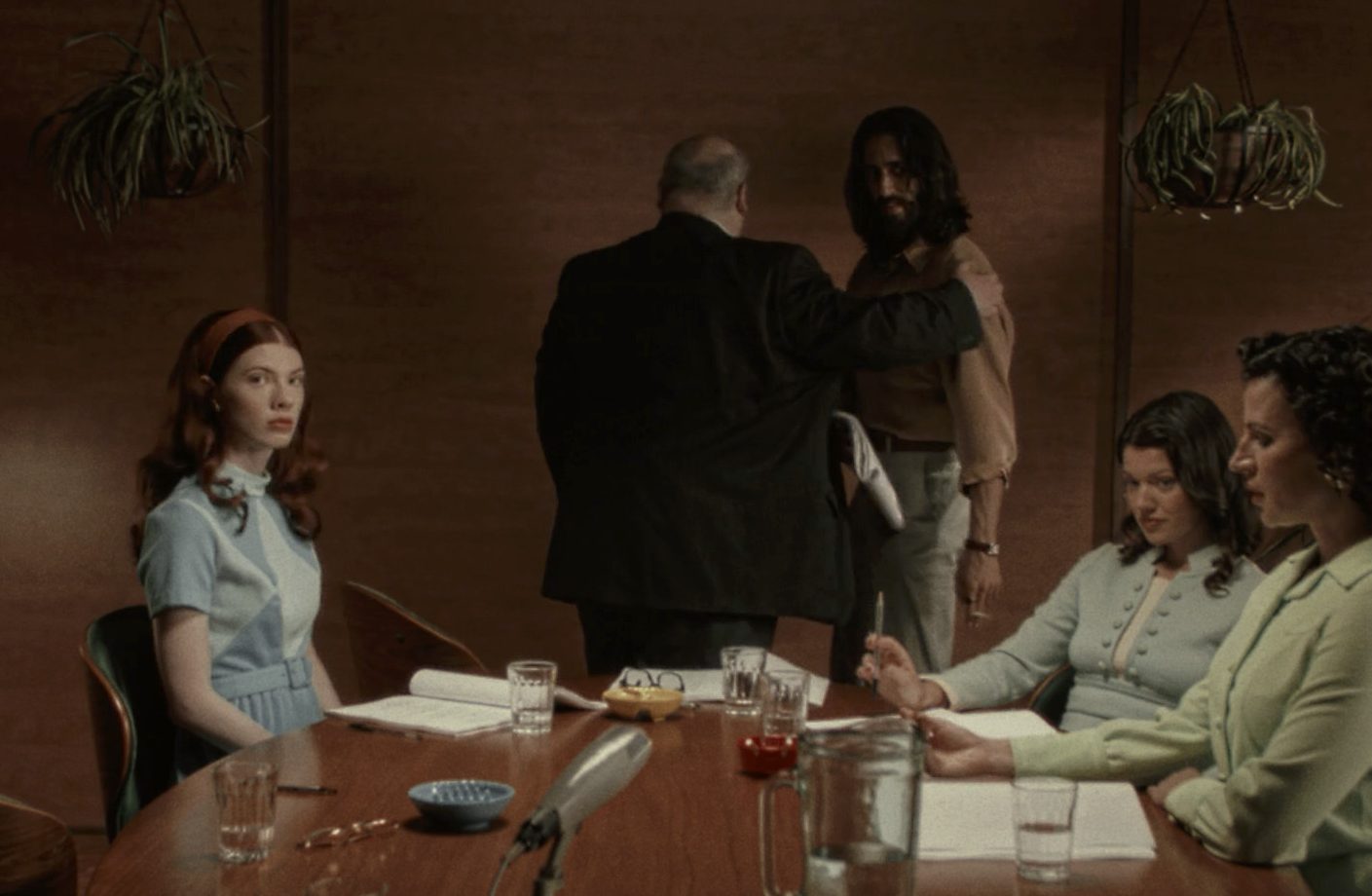 2022 was my best year for games for what feels like a good, long while. There was excellence across the board from all of my favorite genres, including narrative titles, farming/life simulators, and rhythm games, just to name a few. I know I’m not alone in saying that it was really difficult to narrow down my choices for my favorites games of the year. I wanted to have a clean top ten, but I’ve had so much fun this year I had to make way for a few extras.

In all honesty, I’ve spent the last few years repairing my relationship with games — I don’t think it’s a secret that working in this industry is rough, especially when it comes to working QA. Looking back now over all the games I’ve played and truly loved this year, I can’t help but feel a bit sentimental. In spite of my complicated feelings when it comes to this medium, I keep getting pulled back in by the sheer passion that game developers continue to put on full display.

2022 has been a year of reminders of why I was drawn to this industry in the first place. I was worried that the emboldened, on-fire version of myself was dead, but little did I know it would only take a few extraordinary indie titles (and some therapy) to slowly wake her up. For me, this year was about finding the fun in games again, and even when it comes to the more serious titles on this list, I had nothing but fun all the way through. In no particular order (except the last one, I guess), here are my favorite games of 2022.

I love playing games while listening to podcasts or video essays, which is how I ended with around 400 hours in both Hades and Slay the Spire. After burning out on both of those, I was in desperate need of a new podcast game. Thankfully, it was Vampire Survivors to the rescue, and when I finally added it into my rotation after hearing of its greatness for weeks, I knew it was going to be an instant favorite.

It’s such a simple, easy-to-pick-up game, but I can tell there are still so many secrets to uncover. I also never play games on my phone because it’s just not my thing, but I keep coming back to the mobile version of Vampire Survivors, which I think really speaks to the strength of its streamlined design.

I was a little late to the party on this one, only having started it a few weeks ago, but it turns out Disney’s Dreamlight Valley is exactly the kind of cozy experience I have been looking for. It’s got my favorite Disney characters, it’s got the cozy cooking/farming/foraging quests, and it’s all streamlined in a way that doesn’t require me to use any brain power whatsoever. I was in desperate need of a “turn my brain off” kind of game, and the calming, warm embrace of Dreamlight Valley helps sooth my anxiety like climbing into a fluffy bed on a cold, rainy day.

I’m a cat mom, so it would basically be illegal for me to hate this game. I feel like I’ve written about it to death at this point, but I can’t deny that it was one of the prettiest, most heartwarming games I’ve played all year. Something else I’ve dealt with has been getting over a crippling existential dread after leaving my cult-like religious upbringing, and Stray‘s story had what I thought was a really hopeful story about the end of the world. It helped me reconcile with some of that existentialism more than I realized at the time.

God, Ooblets was such a breath of fresh air. I was lucky enough to get to review the farming sim crossed with card-based Pokémon style battles for Destructoid, and I had an absolute blast playing through it. It was yet another game with a bright, happy art style and sugary sweet writing, so of course it was right up my alley. It was easy to fall into the relaxing gameplay loop, and the story surprised me in how delightful it was to go through, especially toward the end. My only regret is that I didn’t play it on the Switch.

I’m always a sucker for a murder mystery, but one that’s set in the middle ages with an authentic art style to match? Yeah, I was hooked from the beginning. One of the other things I really love about Pentiment is that it has a ton of small design choices that all come together to a really streamlined point-and-click experience, and when all of those little improvements came together it made a world of difference.

In a landscape of storytelling that also seems so obsessed with having definitive answers (see any “END OF X MOVIE/SHOW/GAME, EXPLAINED” video essay on YouTube), Pentiment dares to leave you with ambiguity and a lack of closure in some scenarios. What happens, happens, and you kind of just have to roll with it. It’s one of the most refreshing approaches not only to the whodunit genre that I’ve seen in a long time but also to stories in general.

On the flip side of my cutesy, cozy sensibilities, I am an absolute simp for the Call of Duty series. I’m a big fan of first-person shooter gameplay, and few other franchises have gotten it down to a science like Call of Duty has. I got into the series back with Cold War, and of the few titles I’ve played, Modern Warfare II is by far my favorite.

The movement is fluid, the guns are a ton of fun, and it has the best maps of any other CoD games I’ve played, hands down. I had a ton of fun going through the campaign this time around as well, and of course I’m happy as long as Shipment is around. This is the multiplayer game I’ve been reaching for the most this year, so of course it had to have a spot on this list.

I was surprised that I felt so compelled to put Potion Permit on this list, but it truly was a delightful experience all the way through. It’s another game I got to review this year, and while I’m clearly a sucker for farming/life simulators, Potion Permit is a particularly good one. For one thing, it’s the first in the genre that doesn’t require you to actually farm, and instead switches up the usual formula by having players go out into the wilderness to gather ingredients to create potions for various reasons.

The town was incredibly charming, and the developers did a great job of making each character feel incredibly unique and complex. It was fairly buggy when I played, but I’m sure those issues have mostly been patched by now. If you’re looking for a cozy Switch game to curl up with, I absolutely recommend Potion Permit.

NORCO has to be one of the weirdest and most-thought provoking games I’ve ever played. Another entry into the ever-growing subgenre of Southern Gothic narrative games, NORCO‘s story centers on a family living in the cyberpunk future of New Orleans. The story takes some crazy twists and turns, and while a few of the gameplay sections felt a bit stale, the surreal story and breathtaking pixel art were more than enough to secure a spot as one of my favorite narrative games of the year.

I really thought I wasn’t going to be able to play Signalis on account of my being a wimp, but I’m so glad I proved myself wrong. There’s such clear inspiration from horror classics like the early Resident Evil and Silent Hill games, and yet Signalis carves out its own gut-wrenching, beautifully orchestrated niche. I love the unique art style, I love the creepy and engaging worldbuilding, I love the understated storytelling that says so much. Signalis got some great hype this year, but I still don’t think it was enough.

Cult of the Lamb is one of those games I was intrigued by since the first trailers I saw, and I am pleased to report that it did not let me down in the slightest. I’m always a sucker for cute art styles, but it was the combination of simulation and action roguelike mechanics that really hooked me.

While I’ve recently struggled to play a game for more than about an hour at a time, I could not put Cult of the Lamb down, and played through it in a few marathon sessions. I loved the gameplay loop so much, I ended up writing a feature about how “perfect” it is, so it’s safe to say that Cult of the Lamb was one of my favorite games of the year, especially when it came to that addicting gameplay.

I don’t play rhythm games enough, but when I do, I’m reminded that it’s one of my favorite genres. I’m mediocre at best, but I’ve always been a dancer and musically-minded person, so it’s a good time. Then when Trombone Champ came out, it made failure part of the fun — which means it was perfect for me. Part of my struggle in enjoying games again has been that for a while, I took them way too seriously. Trombone Champ is so delightfully goofy and ridiculous, it helped a lot in me breaking out of my shell and having some unadulterated fun.

Okay bear with me, because this is the one where I get a little pretentious — when I initially decided to get into video games, it’s because I was so impressed at how the medium was telling stories in entirely novel, innovative ways. While I’ve come to a whole new level of appreciation for games being just games, every once in a while I’m reminded of how exciting I find games that bring something new to interactive storytelling. This year, that game was Immortality for me.

The performances, the themes, the interactivity itself, it was all so beautifully executed. The way my stomach dropped during the game’s famous twist is a gaming moment that I will absolutely never forget. I think it’s safe to conclude that Immortality goes down as my favorite game of the year, and when the releases were as stacked as they were in 2022, I think that’s saying something.