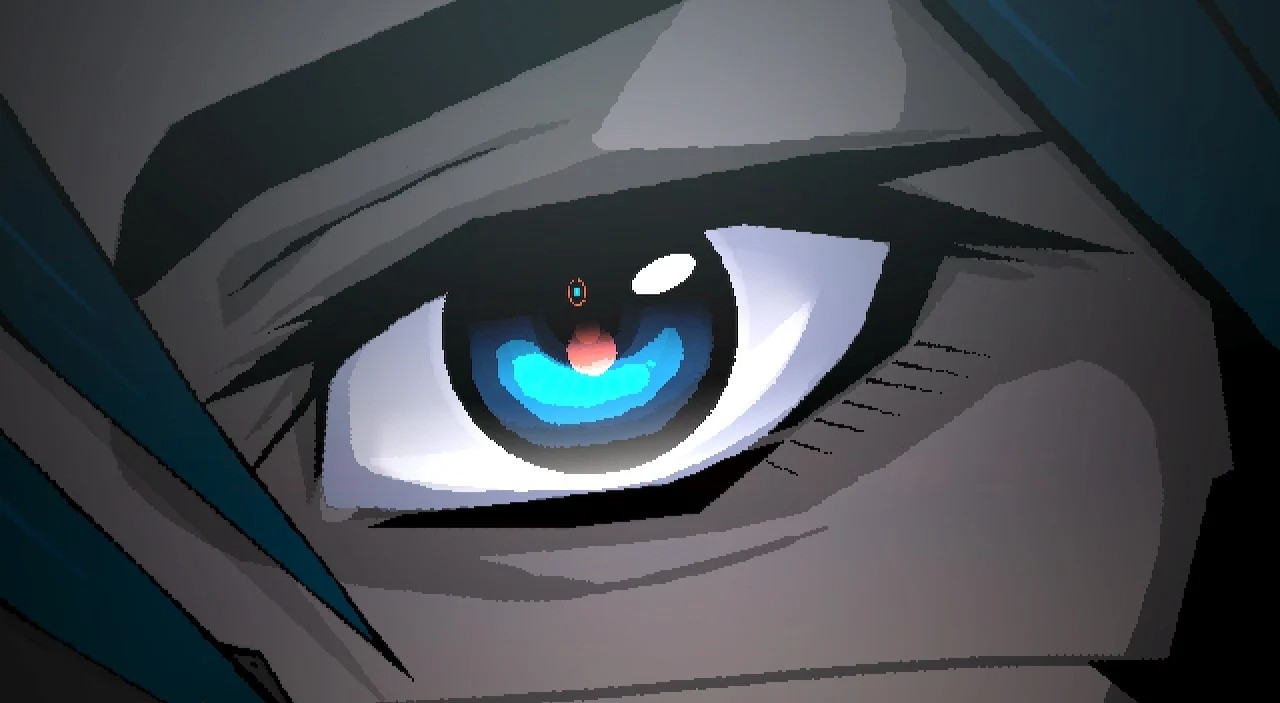 Setting fear aside for new possibilities

My entire life, I’ve been really, really sensitive to horror. I usually chalk it up to being raised in a fundamentalist Christian family where I was told from a very young age that not only are Satan and demons real, but they are coming to get me and I have to actively fight them from taking control of my mind. Either that or I’m just a little too sensitive. Who’s to say?

Regardless, some of my childhood memories involve scary movies, or rather, my aversion to watching them. At my best friend’s sleepover birthday party in middle school, I spent an entire two hours upstairs by myself because I was too scared of whatever crappy C-tier horror flick they turned on that night. I once fled a family viewing of What Lies Beneath in tears because it was just too much for me.

When I played video games as a kid, somehow this anxiety was heightened even more. I remember playing a childhood favorite, the ever-mild Barbie Horse Adventures: Wild Horse Rescue, and being so stressed when I encountered an enemy that could harm me, I would barely eke through the level with sweaty palms and an elevated heart rate. The enemies in question? Skunks and porcupines. Not big, monstrous versions of the woodland creatures, but normal, small, adorable skunks and porcupines. 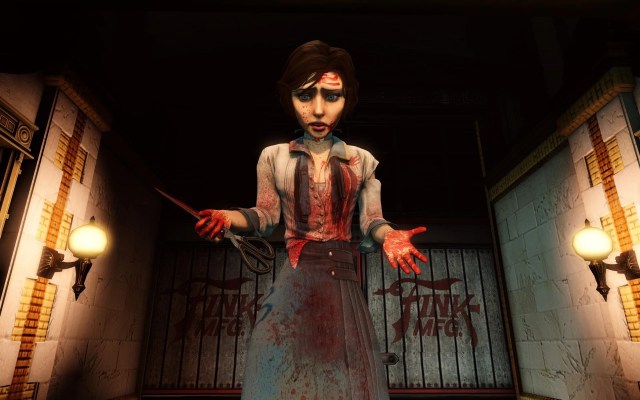 I didn’t dare touch anything more intense than that, although I greatly enjoyed watching my dad and brother play games like Ratchet & Clank, Jak & Daxter, Fallout, and Bioshock. I liked to chide myself for being the world’s biggest wimp, but looking back, it’s a shame my internalized trauma kept me from pursuing a hobby that I now enjoy so much, I’ve built my career around it.

The survival horror story that started it all

Ironically enough, The Last of Us became my new favorite hyperfixation when I was in college, to the point that I shifted my entire life plan to work in the video game industry. I was enthralled by the emotional father-daughter story that was ultimately about love and hope, but I also had to deal with the game’s glorified zombie enemies to get to it. It is, after all, a survival horror game.

At first I needed a lot of emotional support from my friend, and the first time through she had to play the hotel basement level for me – easily the scariest level in the game, even on easy mode. In my subsequent playthroughs, I think it was my sheer love of the narrative that powered me through, because I was able to make it through the whole game without any help. 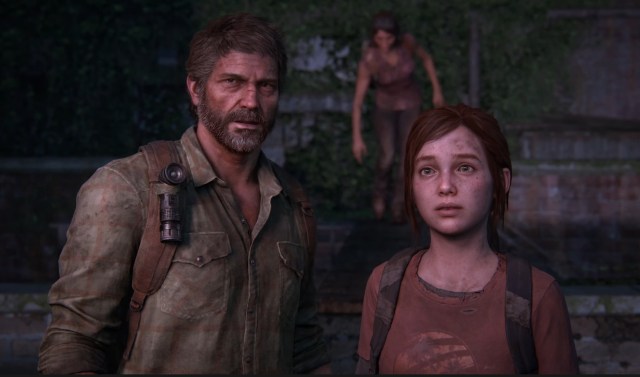 Then I moved on to the Uncharted series, the Walking Dead and Tales from the Borderlands Telltale games, and more. Naughty Dog’s The Last of Us helped me get over that initial video game anxiety, so I appreciate it for that, among other things. Of course, while the game had its scarier moments, for the most part it was more of a stealth/action game than straight-up horror. Maybe it was a lack of supernatural elements, but I played and replayed TLOU, even if it did make me squirm every once in a while.

Fast forward a few years, and horror was still an issue for me. My friends helped take up the mantle of slowly easing me into scarier movies, like Coraline and It Follows. Most of the horror games that came out during this time didn’t really strike my fancy, so I steered clear. That was, until I heard about Signalis.

Our very own Eric Van Allen reviewed it, and after reading through his summary, I had to admit I was intrigued, to say the least. I adore games that go all in on a unique art style, and there was something about the game’s story that grabbed my attention over its dark subject matter, similar to Last of Us back in the day. Eric’s 9.5/10 score certainly piled onto my curiosity.

And so, after a few weeks of mulling it over and hyping myself up, I started playing Signalis. I’m not sure if I’ve just been desensitized to horror after doing QA on The Last of Us Part II, or if the therapy and medication are really working, but I realized the prospect of taking on a horror game suddenly didn’t seem as impossible as it used to.

I was slow going at first, unsure of what to expect and easing my way around every corner, but I got the feel of the controls and mechanics soon enough. Part of my anxiety also comes from the unknown, which is why I would often look up the plot for a scary movie or game online, so I at least knew what to expect. I told myself that I was absolutely not allowed to look up anything about Signalis, and while I broke my own rule once to find the solution to a puzzle I was stuck on, I’m otherwise proud of myself for holding to it when it came to the horror elements.

While I was certainly still frightened of the enemies, at least a little bit, I found that it was less of the genuine, visceral fear I was used to, and more of the “I’m allowing myself to be afraid because I want to” kind of a thing – which I’ve come to understand is the usual appeal of horror for a lot of people. It was exciting to have that kind of autonomy in a situation that usually leaves me in a puddle on the floor, and regardless of any enduring fear, I managed to push through, even when my mind fought against me. 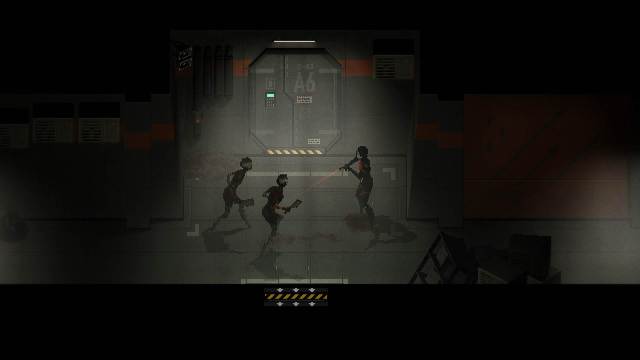 As it turns out, Signalis is just an awesome game, and despite my apprehension, it was one of my gaming experiences of the year. The atmosphere it created was distinct and emotionally charged; the worldbuilding was tragic and engaging, begging me to discover more; the mechanics were clunky in a way that further immersed me in the combat; the protagonist’s story was obscured in mystery yet endlessly compelling; its visual style was specific, strong, and consistent. Signalis is just a stylish, well-made piece of interactive media, and looking back, I’m appreciative that I was able to overcome my fear enough to really enjoy it.

Don’t let fear keep you from art you love 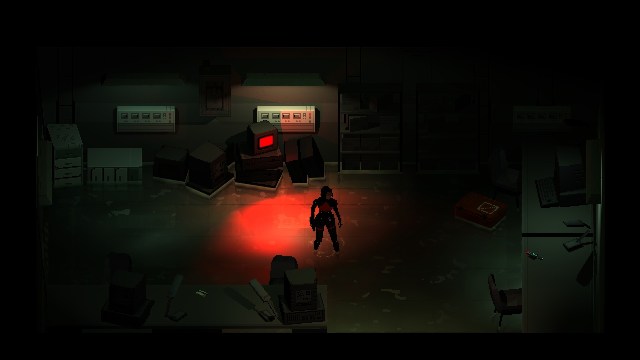 I can’t promise that Signalis will magically help other scaredy cats get over their fear of horror games overnight, but it was just the right game for me to keep me coming back for more even when I wasn’t always comfortable doing so. If you’re looking to expand your horror horizons, I recommend finding a game that strikes your interest in its story, world, visual style, or mechanics, and then focusing on your favorite feature to carry you through. Having a friend or two around for emotional support certainly doesn’t hurt, either.

I mean, it worked for me. I may have started Signalis to appreciate its artistic vision, but as I played it, I was able to reconcile with its horror being part of that vision. Hats off to the developer rose-engine, because they were able to convert a mousy little gamer like me into a fan. I’m not sure which horror game I’m going to play next, but whatever it is, I’m looking forward to it.