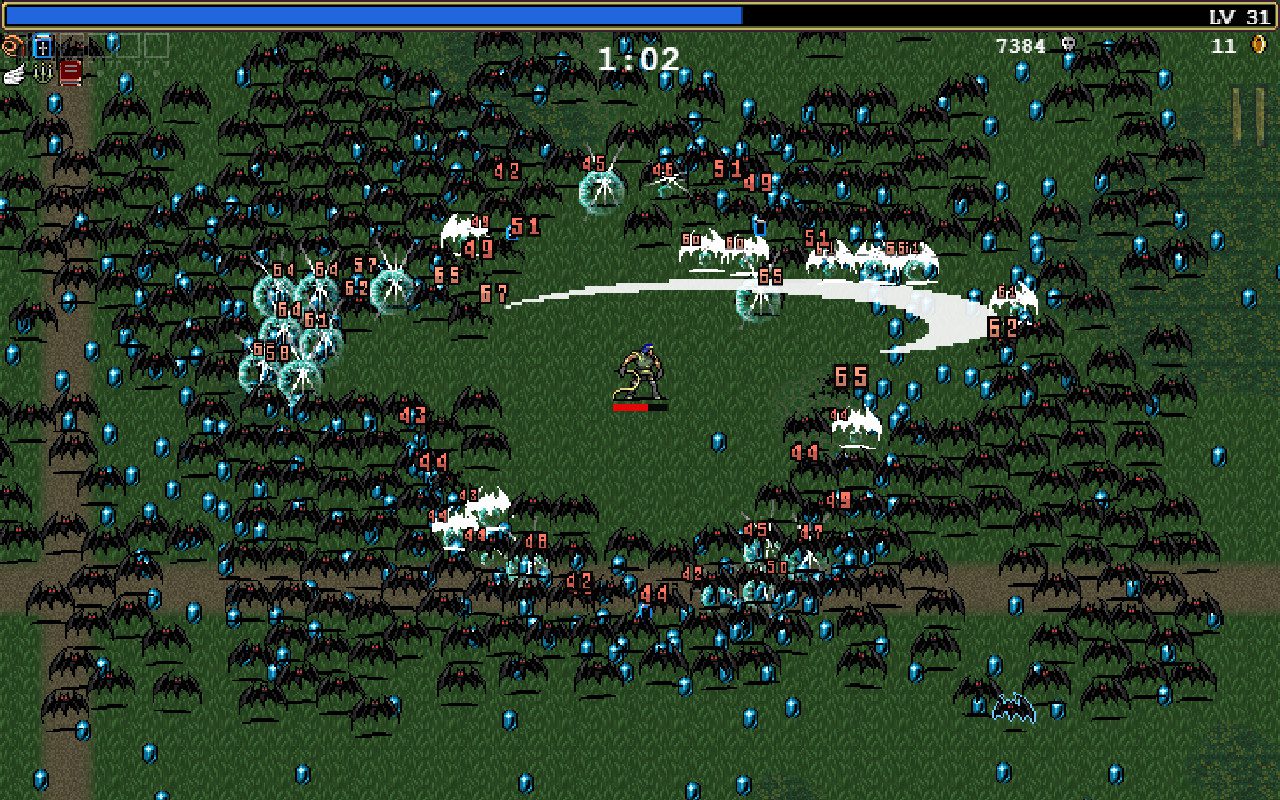 Slay never-ending legions of the undead while running in circles

Dozens of games make their Steam debut every day, and it’s easy for some to get lost in the mix. But do a little digging and you’ll find something like Vampire Survivors, a hidden gem that’s starting to get some traction, and for good reason too. It’s tense, fun, and it’s only $3.

Vampire Survivors is best described as a survival rogue-lite, but even that’s a little vague. You take control of one character from a roster of many, and have only the option to move around; all your attacks auto-fire around you. Choose Antonio, and he’ll whip at the air in front of himself in a rhythm.

The controls you have at your disposal are moving around and choosing upgrades. Gems drop on the ground, and collecting enough will level you up, which lets you add even more auto-firing weapons to your character’s disposal. Bibles, axes, magic wands, and more Castlevania equipment fill out the potential arsenal. Yes, Vampire Survivors takes some pretty obvious inspiration from Castlevania. 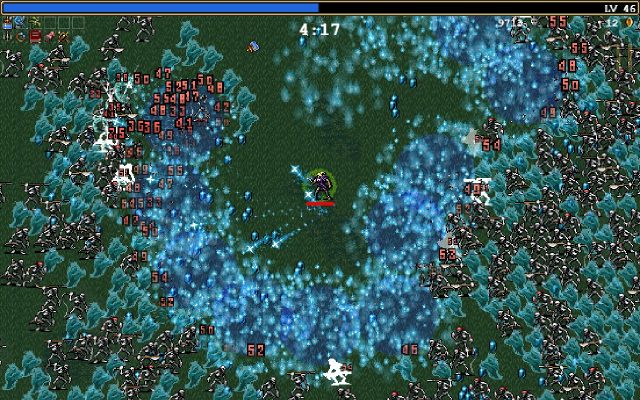 Vampire Survivors‘ loop is fairly simple: run around, collect gems, destroy the monstrous horde, and try not to run out of health and die. It’s deceptively simple. Because under the hood, there’s a lot going on that has had me hooked for the last few days.

The arena-based, free-roaming movement reminds me of classic top-down shooters or an XBLIG favorite of mine, I MAED A GAM3 W1TH Z0MB1ES 1N IT!!!1 As the horde grows and grows, controlling the stream of creatures creeping in from every corner becomes incredibly important. Even just opening up a gap in the crowd to pick up the gems dropped by throngs of bats and skeletons can be a challenge later on.

Taking away the fire button from your weapons also means you need to pace your movement around their tendencies. Some weapons pierce enemies, while others can only hit one with a single projectile. Some launch in whichever direction you’re facing, while others target nearby enemies, and others still have distinct fly patterns. Getting further into levels means getting a handle on how to stand and move, sometimes dancing just within arm’s reach of a horde and then back out.

The upgrade system is surprisingly complex, too. You can opt for new weapons or passive upgrades in your arsenal, or instead choose to upgrade the ones you have with every level up and chest drop. Yes, there are “builds” that eventually form. And get far enough into a weapon’s upgrades with the right passives, and you might be able to evolve it into an even more powerful version. 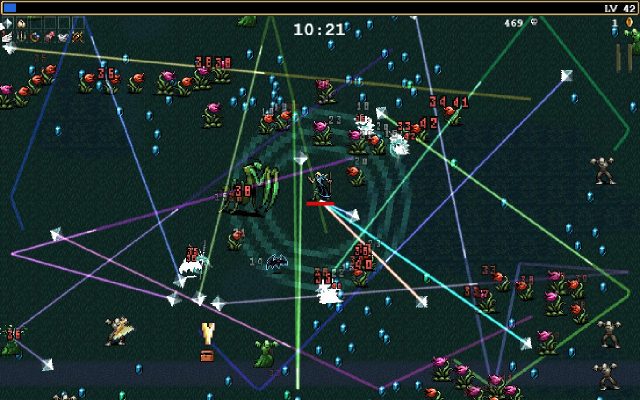 Those upgraded and evolved versions help, as Vampire Survivors will chuck all kinds of terrible curses at you. Encroaching walls of plants, huge boss-style enemies, and literal floods of enemies at times. There is a “kill screen” of skeletons I have become all too familiar with in one map. Overcoming it is usually the sign of whether my run was destined to go the distance or deserved to fall apart underneath the skeletal army. Thankfully, runs have been mercifully short when they go bad. My longest was over 20 minutes, but my shortest cratered at about six.

Outside of each run, there are permanent upgrades to unlock, and new characters with different traits and starting weapons to play. And updates have been fairly frequent too, with new characters and a new map all arriving since the start of the new year.

After spending a handful of hours with Vampire Survivors, I get why it’s gained some traction on YouTube channels and word-of-mouth. It’s got a lot of room for even more growth, but what it’s got is a really solid foundation. Vampire Survivors mixes wave survival, roguelite upgrades, and auto-battler build construction into Zen-inducing runs. Sprinkle in a heavy, heavy dash of Castlevania, and you’ve got a neat experience that’s worth checking out at the low, low price of $2.99.

You can find Vampire Survivors on Steam here.