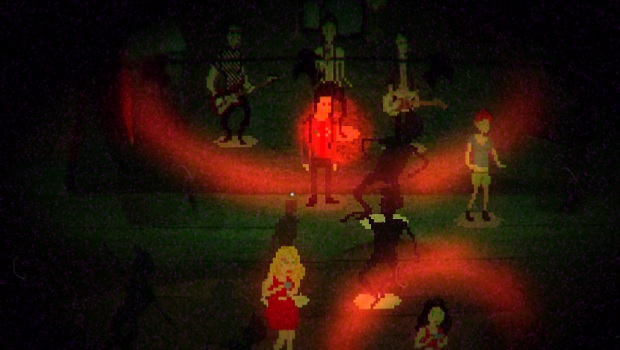 Sonic Youth and Swans on the soundtrack? Win!

Aside from videogames, music is my other big passion in life, whether it’s just listening to it, going to gigs or reading about various bands or periods in music history. So when I got a message from the developers of No Wave, a short point-and-click adventure set in New York music scene of the very early 1980s, I was immediately intrigued. A game with early Sonic Youth, Swans, and The Boys Next Door on the soundtrack? Yes please!

No Wave was created for the recent Game Dev Party game jam and it’s a short adventure game that follows Jim as he descends into the wild and dangerous New York music scene. In truth, Jim is more of a danger to himself than anyone else is. Really, would you keep taking the pills that the bouncer is handing out after what happened the night before?