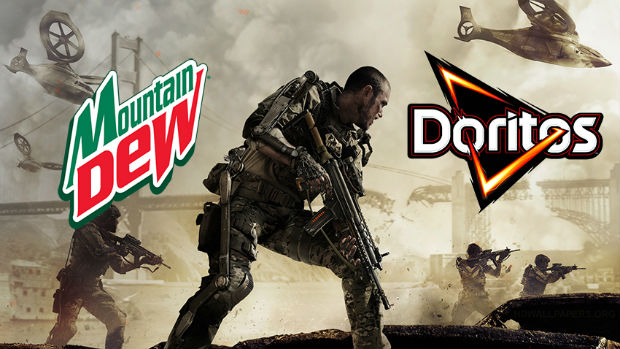 Everything about it sure does seem like it’s a parody of itself, though

Mountain Dew and Doritos have teamed up with Activision for the release of Call of Duty: Advanced Warfare. With the new “Fuel Up for Battle” promotion, gamers in select markets around the world will have the opportunity to customize their Call of Duty: Advanced Warfare multiplayer gaming experience by accessing exclusive (until February 15, 2015) in-game gear through the title’s new “Supply Drops” reward system.

Starting October 6, fans in the US can collect codes from specially-marked packages of Mountain Dew and Doritos products and enter them online to unlock in-game gear. Fans will also be able to unlock double XP and rapid supply rewards. Each code entered will also provide a chance to win an Xbox One.

There’s more, but my keyboard is obscured by vomit and a copious amount of tears.