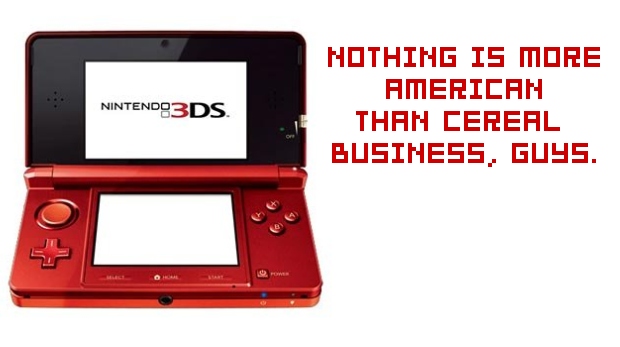 If you were going to levy a complaint at the DS it might be that the games on it aren’t that in depth, mature or serious. Yes, the fantastic little handheld has games that fit that description, but it’s fair to say that they aren’t its bread a butter. Nintendo wants to change this with their upcoming 3DS as company president Satoru Iwata has readily admitted.

In an interview he did with Japanese news service Nikkei Iwata explained that Nintendo wanted to “expand into elaborate games targeting serious gamers.” He went on to say that he realized that the DS did not do this enough, and that by working with third-parties and designing the 3DS around many of their requests Nintendo had created a system will benefit both Nintendo and third parties.

I think anyone who saw Nintendo’s E3 press conference and the solid wall of developers already confirmed for support on the 3DS could see that Nintendo had made a lot of effort in grabbing third-parties. However, it is nice to see that now that they’ve made millions off of their “casual” push they are consciously trying to appeal to the hardcore crowd in very real ways. Hopefully this all pays off for them.

Oh, and Iwata also mentions that Nintendo’s next home console will be 3D ready, but it will be a while because of the lack of 3D televisions in people’s homes.