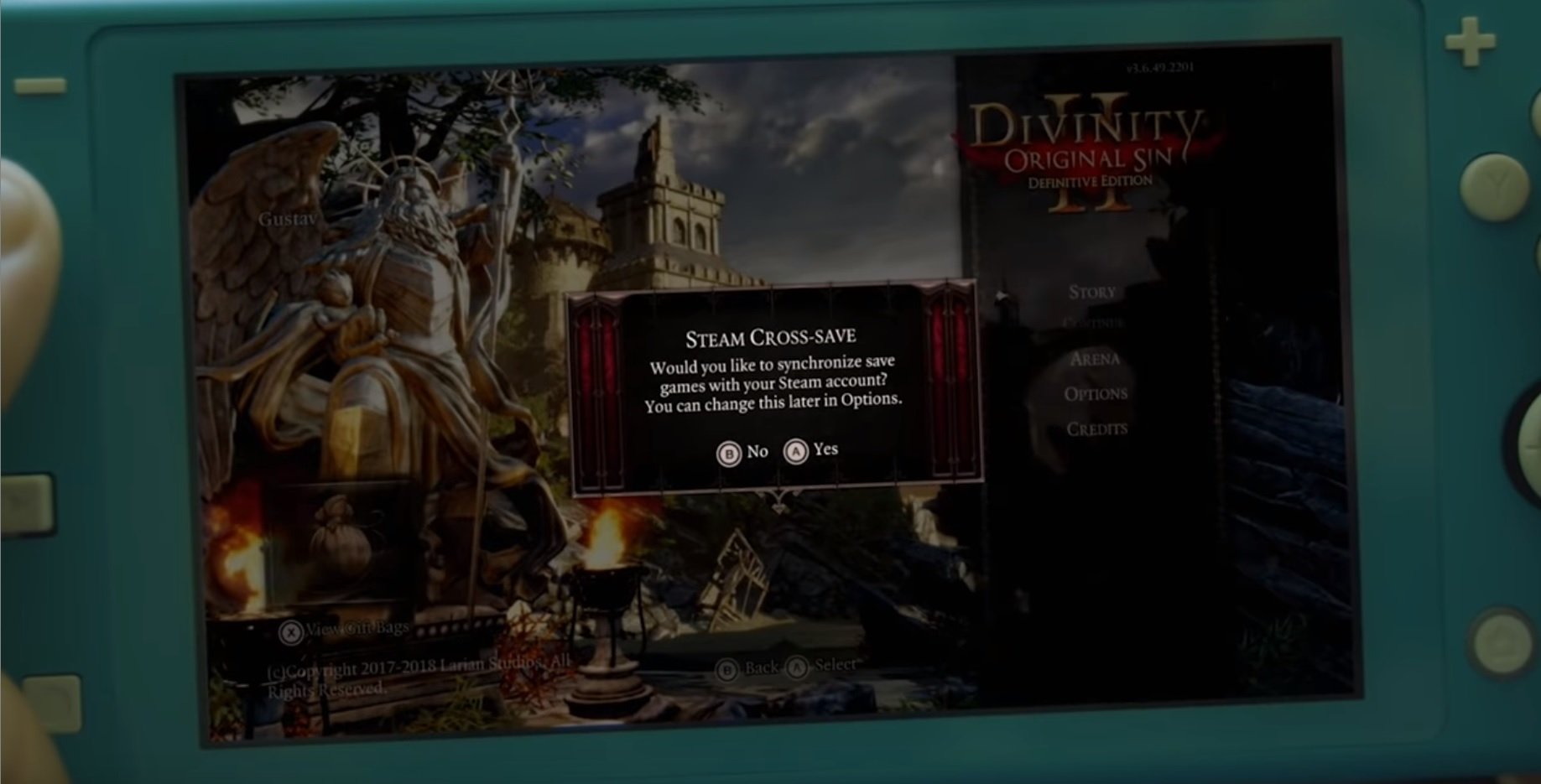 How about 100% cloud save support?

Nintendo has been doing a decent job of keeping folks informed this generation, compared to the very hands-off past that got it into some trouble when it comes to indie relations.

Case and point: Nintendo just debuted a new quick clip specifically pointing out that third party games offer PC-to-Switch cross-save support, an initiative they call “My way to Play.” Examples given are Divinity: Original Sin 2 (which works with Steam), Fortnite and SMITE.

In the meantime, I hope Nintendo vigilantly adds full cloud save support to all their games, as a few notable ones are still missing the functionality. Either way there was a time where Nintendo would never push third-party this hard on their official channels, so they’ve come a really long way from laughing out loud at the idea of adapting online models close to Xbox Live and the PSN.