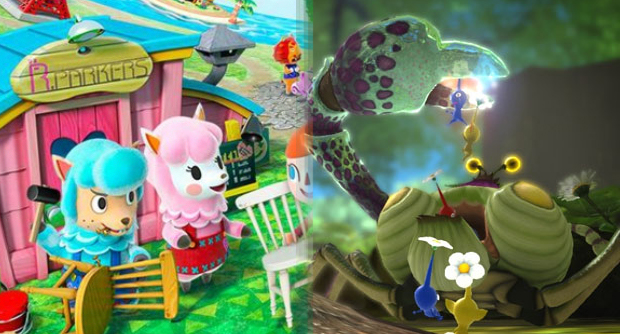 For those of you that haven’t been keeping track, Animal Crossing: New Leaf is the most successful game in Japan right now. It’s closing in on three million sold across both digital and physical sales in Japan alone, and it’s been out for less than six months. That’s better than past Animal Crossing games sold by a large margin, not to mention every other 3DS game has sold so far, including Mario and Monster Hunter.

Nintendo’s Satoru Iwata shared a few thoughts on the game’s meteoric rise to power, most of which had nothing to do with the game itself. He sited the Animal Crossing: New Leaf  Nintendo Direct (currently sitting at over 1.6 million views on YouTube), Twitter and other social media’s influence on consumers, and the audience they built with Animal Crossing: Wild World as major components to the game’s success. Stats imply that fans that who grew up with the DS game may have been the first to buy the 3DS sequel, showing that Animal Crossing may not be the kind of series you necessarily grow out of.

Nintendo legend Shigeru Miyamoto was quick to chime in about the game himself, stating that he “really values how much [he] can identify with” Animal Crossing: New Leaf, and that he feels the game’s new concepts will help it to appeal to an audience on a global scale. Then he switched over to talking about Pikmin 3, touting the detailed HD graphics as a huge boon — “You can even see Pikmin’s gestures with the graphics(!)” — and confirming that the game will be fully compatible with Off-TV Play.

Very exciting to hear that Pikmin 3 will allow for one of the Wii U’s most compelling features to do its magic, and downright adorable to hear Miyamoto and Iwata talk about social networking and HD graphics like they are new and exciting developments. We should all be so appreciative of this amazing future we’re living in.