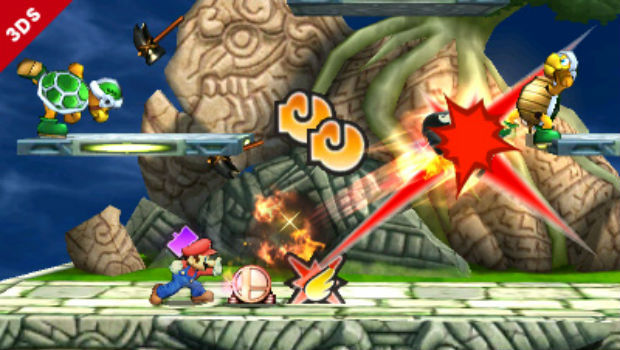 Say goodbye to your replays

Fighting games constantly strive for the fabled perfect balance that turns the contest into a pure standoff of skill rather than giving one player an edge based on character. Nintendo’s taking more steps to inch closer to its harmonious parity with another planned patch for Smash Bros. for 3DS.

According to Nintendo, patch 1.04 — which will be released sometime in November — will simply “adjust the game balance,” and the notes offer no specifics as to what will be tweaked. Keeping it as nondescript as possible, this update will also “fix some of the problems” and “make the game more enjoyable.”

There’s also a fair chance that this patch will fix one of the more unique issues to plague Smash Bros. Some players have recently found themselves unjustly banned from the game for 136 years, and while Nintendo has commented that it’s working on a solution, nothing’s been revealed yet. It wasn’t explicitly mentioned but 1.04 might get those players back in the game.

However, it’s not all sugar, spice, and everything nice. This update renders all saved replays unviewable, or possibly erases them altogether. If you’ve done any particularly impressive smashing, you’d best commit it to memory and regale your friends with verbal recountings of your feats.