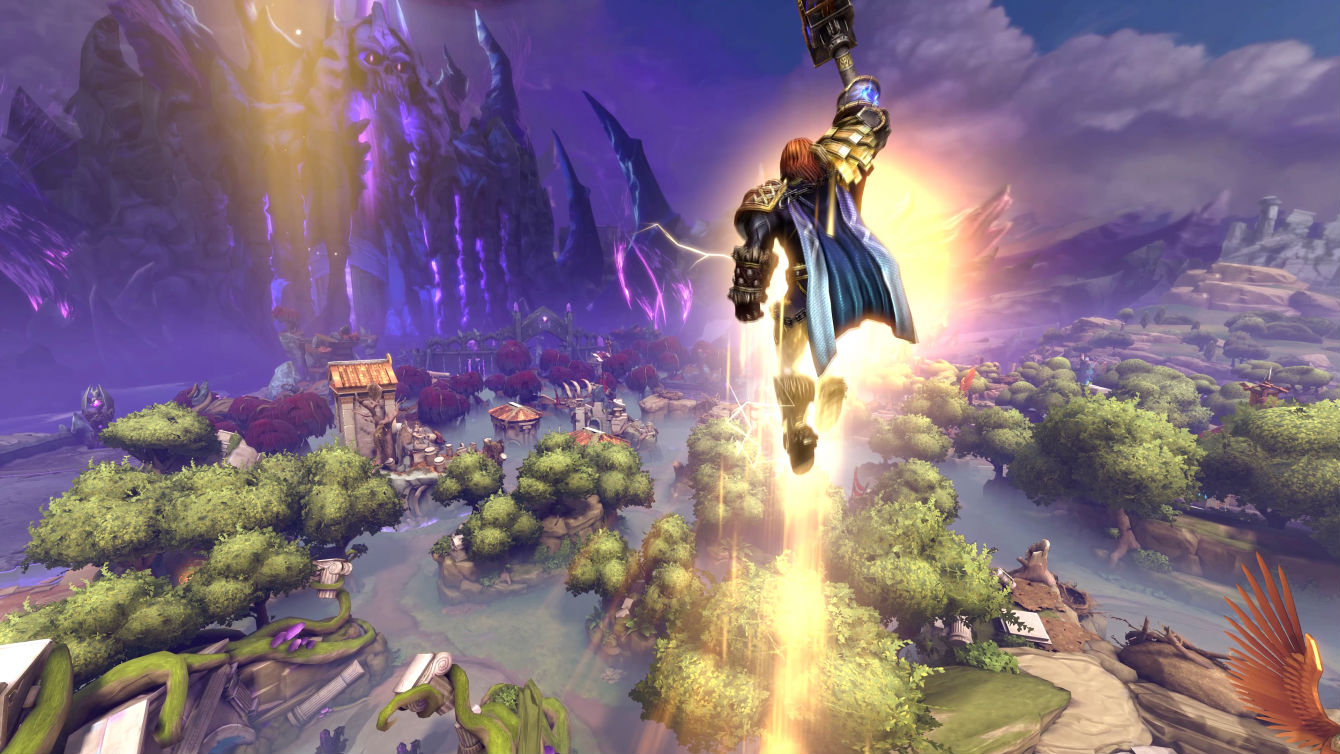 Another big multi-platform release is hitting the Switch today: Smite. Already available on PC, Xbox One and PS4, publisher Hi-Rez has followed a staggered roll out plan over the past five years or so and now Nintendo is finally getting in on the action.

The 3DS is getting some love today with Azure Snake as well, on top of Dragon’s Wrath and Phasmophobia: Hall of Specters 3D.

I checked out the database of multiple games this week for science purposes. Achtung‘s release reminded me how weird it is that the incredibly unsettling Wolfenstein II: The New Colossus is on Switch: remember when games like Devil’s Third and Bayonetta were considered super taboo on a Nintendo platform (or we can go back to Eternal Darkness on GameCube or Conker’s Bad Fur Day on the N64)? That was nothing compared to New Colossus.

That “Volatile Vacation?” It’s actually on an alien planet called Utopia 9 — that’s pretty volatile. Phasmophobia, or fear of ghosts, is somehow only for New 3DS units only. It’s a wild week, folks.