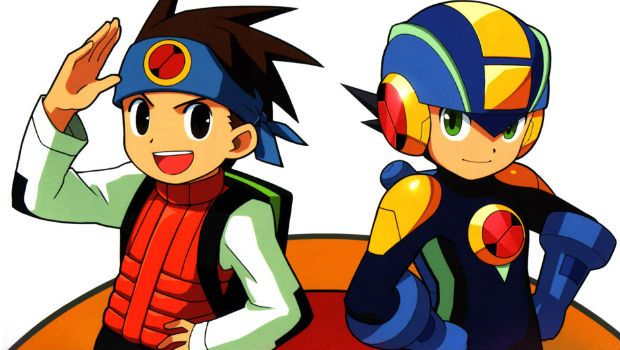 It’s Mega Man day again! This week, Mega Man Battle Network is hitting the Wii U eShop. If you haven’t played the series before, it takes the classic formula and turns it on its head with a card-like grid-based battle system. Go play it if you like tactical games! Also on the Wii U we have Frederic: Ressurection of Music, IQ Test, and XType Plus.

On the 3DS side, we have Cubit the Hardcore Platformer Robot, Steel Empire, LEGO Ninjago: Nindroids, and Tangram Attack.

As for what I’m getting, I may bite on Battle Network (the first two are my favorites), and I’ll be picking up Steel Empire despite the pricey tag.