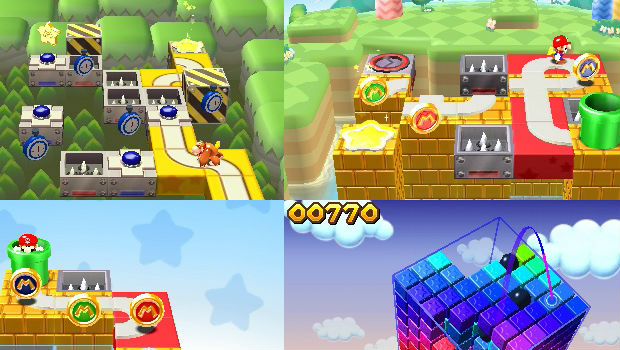 Headlining this week’s Nintendo Download is Mario and Donkey Kong: Minis on the Move ($9.99), which got a rave review from our own Tony Ponce. Also, SpeedX 3D Hyper Edition ($2.99) is set for the 3DS eShop, as well as the DSiWare game Publisher Dream (200 Points).

Strangely enough, the Wii U is actually starting to get…things…as a few Virtual Console games, a sale, and a demo are on the way. Specifically, Solomon’s Key ($4.99) and Xevious ($4.99) are on the way to the Virtual Console, Chasing Aurora is on sale from May 9th to the 16th for $7.49, and Resident Evil Revelations is getting a free demo on May 14th. Also make sure you pick up Tank! Tank! Tank! for free from last week.

As for what I’m getting, I think Mario and Donkey Kong will suffice.