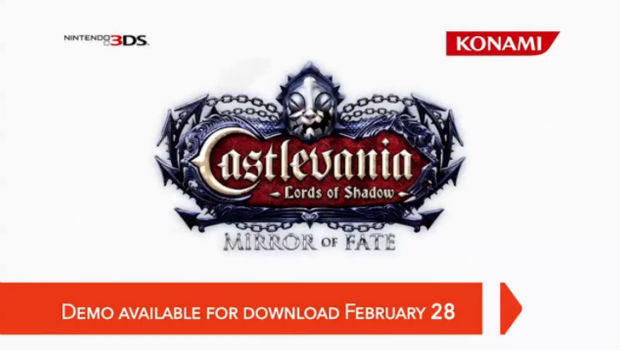 Set for the end of February

Nintendo reminded us today of Castlevania Lords of Shadow: Mirror of Fate‘s March 5th release date, but they also dropped a new bit of info — a demo will be coming on February 28th.

Recently, MercurySteam gave us some insight in the game’s battle system — now you can try it out for yourself pretty soon!

Filed under... #Castlevania#Castlevania: Lords of Shadow - Mirror of Fate#demos#Nintendo Direct