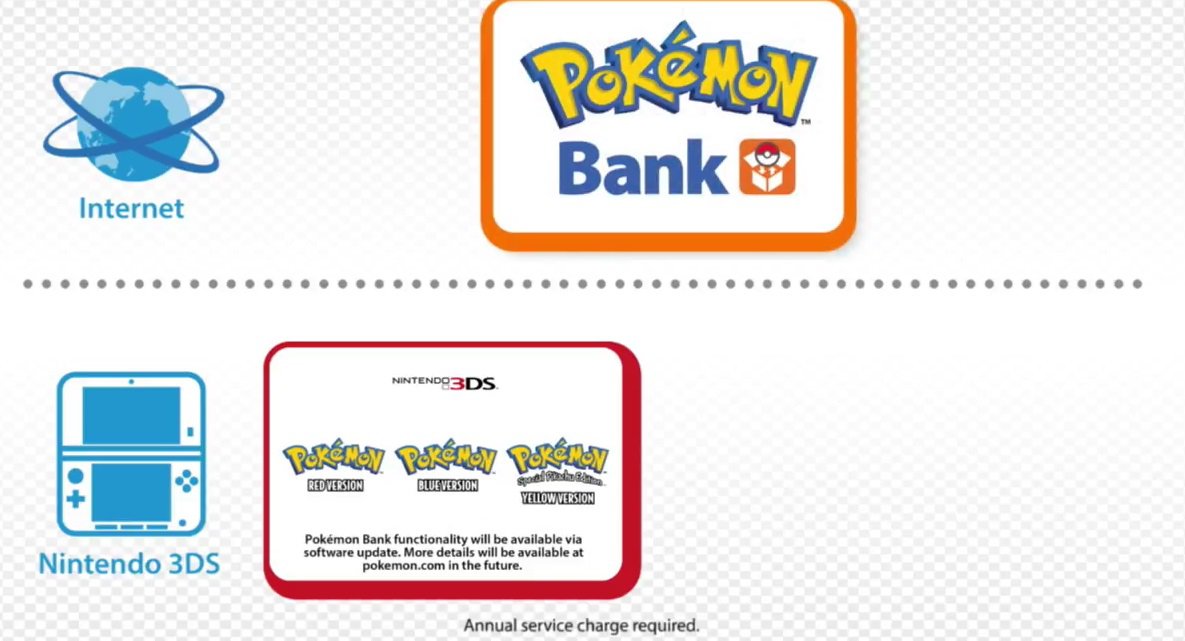 Folks who were planning on picking up the Virtual Console editions of Pokémon Red, Blue, and Yellow were disappointed to hear that there would be no way to transfer their existing original 151 into the game, but during today’s Nintendo Direct, we got a glimmer of hope.

The publisher announced that when Sun & Moon hit later this year (holiday 2016), players will be able to transfer their collection from said 3DS games to the new versions. They also confirmed later that Omega Ruby, Alpha Sapphire, X, and Y will also be compatible by way of wireless transfer and the Bank.