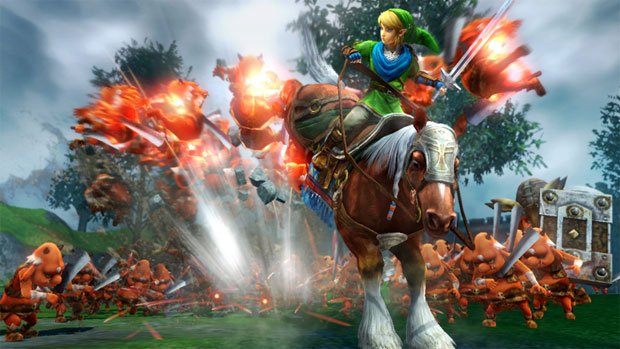 Hyrule Warriors will have no shortage of DLC, that’s for sure. The first major add-on, Master Quest Pack, hits on October 16 and includes a new weapon, scenario, Adventure mode map, and costumes. Funny thing about that “weapon,” though — it’s Link’s trusted steed, Epona!

Writing on Miivese, Legend of Zelda director Eiji Aonuma offered his impressions of the DLC: “By riding Epona, I was able to blow heards of enemies away and gallop swiftly through the fields, and I had a lot of fun trying out this re-imagined version of her in Hyrule Warriors.

“In the Zelda series, players never had a chance to tackle bosses by galloping around them with Epona like in Hyrule Warriors, so I hope fans will enjoy playing as Zelda characters in a game with a different type of action than you typically find in the original series.”

My copy was delivered today but I can’t play until after work. Trying to keep my giddiness in check.