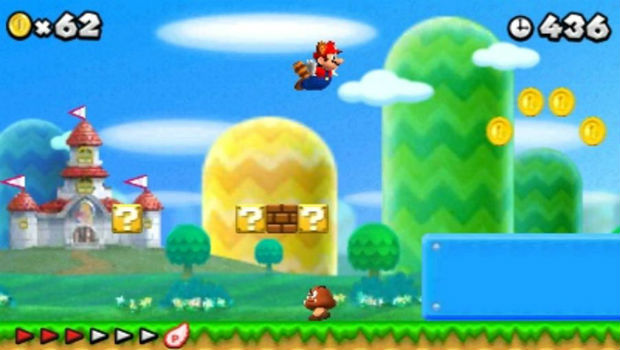 If you like new things, here’s your chance to freak out. Nintendo has produced two fresh Japanese commercial spots for the upcoming 3DS game New Super Mario Brothers 2, which is set to land in the US on August 19th.

The first commercial focuses on coop play between what seems to be a brother and a sister (the brother is kind of a dick), while the second is just a general vignette of gameplay. In case you couldn’t tell, this game is all about the coins.

New Super Mario Brothers 2 holds the special distinction of being the first ever fully downloadable game on the 3DS (or any Nintendo system), as well as the inaugural first-party Nintendo game to feature DLC. Theatrhythm Final Fantasy was the first third party game to do DLC on a Nintendo portable this month.