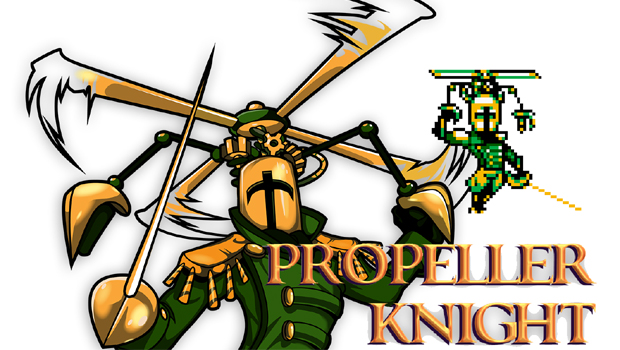 Propeller Knight is debonair, has Heli-Helmet

Shovel Knight is quickly gaining a loyal following. The game’s booth was constantly crowded at PAX East. Now that the team at Yacht Club Games has returned from the show, they’ve renewed their attention to the Shovel Knight Kickstarter page. They plan to deliver daily updates starting today with the unveiling of Propeller Knight, who joins King Knight and Polar Knight among the game’s currently announced bosses. He’s a classy little gentleman. I fear him, but I also want him to order for me at dinner. I bet it’s only the stinkiest of fine cheeses for this guy.

Yacht Club Games also announced that they’ll be doing regular live streams from here until the end of their Kickstarter campaign. They’ll be streaming footage from the PAX East demo this Friday at 5pm PST. If you can’t wait until then, we have some footage of the demo below (complete with 8-bit TtWaV theme). Check it out and let us know what you think.